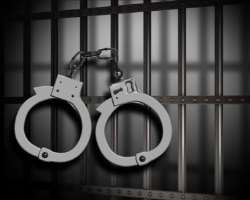 Delta State Police Command has recorded a major feat in the first quarter of 2016 in its bid to wipe out miscreants and criminal elements from the state, as the Command stated that the state was no longer a safe haven for bandits.

Speaking with journalists in his office Thursday, the Commissioner of Police (CP) Mr. Usman Baba Alkali said operatives of Special Anti-Kidnapping Squad (SAKS) in the state capital while on routine patrol intercepted a Toyota Corolla car with Registration Number 425DB, driven by one Oghenenwaire Benson in Udu, Warri axis, “the said Oghenewaire Benson snatched the vehicle from its owner, one Mrs. Mary-Ann Ugberase at Effurun”.

CP Alkali also said, “The DPO Oghara Division received information that suspected hoodlums who abducted one Prince Onovirighose on 23 of January this year and later killed the victim after collecting N1 million ransom, the DPO mobilized his detectives and arrested one Oyibo Shell, Efe Sosolobia and Ambrose Omoriyi”, stating that two other suspects who are now at large were also mentioned.

In another development, kidnap syndicates blocked one Mrs. Sarah Usele from Usiefrun community in Ughelli South local government area and abducted her son Iyoma Usele while they were travelling with their kia car along Usiefrun-Orhuwhorun, “patrol team and vigilante men mobilized and gave the hoodlums a hot chase and arrested one of them identified as Efe Reuben, 31 years while others escaped”.

Mr. Alkali revealed that SAKS in Asaba investigating the kidnap case of Senator Emmanuel Aguariavwodo’s mother has arrested one Emmanuel Okobi, at Oruwue junction, Ovwian, Udu while five other are at large.

In same vain, operatives from Oghara Division on routine patrol along Otefe Oghara, intercepted an unregistered tricycle with four occupants: Mamus Oduophori, 20, TejiriSamuel 21, Ovie Godday 23 and Lucky Salami all from Ughelli, “on questioning, they were unable to give satisfactory account of themselves hence their arrest. The suspects during interrogation confessed being members of Vikings confraternity, they later took the police to their hideout in Ughelli where a locally made cut to size pistol and charm were recovered from them”, the CP said.

The police at Obiariku in Amai, has also arrested one Effiong Stephen Clement who belong to an armed robbery gang at Igwumta, Rivers State while the other one Vincent escaped into the bush while one Ochuko Owene and Super Okoro were also apprehended after having a gun duel with military officers from 3 Battalion in Effurun market, Alaka, Uvwie.

Also, Alkali hinted that the police has arrested two suspected cultist at Amukpe roundabout in possession of a locally made pistol and five life cartridges saying, “Investigation has revealed that the suspects are senior members of Aiye confraternity and were on their way to join their cohorts for a planned attack on Otefe Polytechnic”, stressing that the suspects, Henry Ogheneyerhovwo Matthew has been arrested before in 2012 and was charged to court for armed robbery while Ezikiel Favour Oghenevwede was nabbed in November 2015 and charged to court for store breaking and stealing.

According to the Commissioner of Police, one Emmanuel Unuowhorho of Itefa Street, Abraka while on his way to Oleh was robbed at gun point by one Edafe Mowe and two others who intercepted him with a motorbike and he was dispossessed of the sum of N15, 000, necklace, belt First Bank ATM Card and two handsets, “on receipt of the information, detectives from Abraka Division swung into action and arrested the culprit”.

Items recovered from the suspects include five locally made guns, 13 cartridges and two vehicles, of the 19 suspects 10 are armed robbers, five kidnappers and four cultists.

Some of them who spoke with our correspondent ascribed their involvement to the Devil.