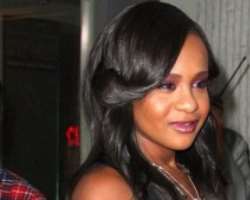 Bobbi Kristina Brown, 22, died at a hospice on 26 July, six months after she was found unresponsive in a bath.

The Fulton County Medical Examiner’s office in Atlanta released an initial statement ahead of the full post-mortem report – eight months after her death.

A judge in Atlanta issued an order on Thursday to unseal the report, following requests from the media.

The medical examiner’s office said it reviewed medical records, investigative files and other documents to determine how Brown died.

The exam concluded cannabis and alcohol were involved in her death, along with medication used for sedation or to treat anxiety, citing the “underlying cause” of death as “immersion associated with drug intoxication”.

The statement said: “Death was clearly not due to natural causes, but the medical examiner has not been able to determine whether death was due to intentional or accidental causes, and has therefore classified the manner of death as undetermined.”

The state reportedly requested the post-mortem documents originally be sealed in September 2015 in order to protect an ongoing investigation into Brown’s death.

Media lawyers argued the sealing order should be lifted because it was made without a public hearing, in violation of the long-standing rules that post-mortem results are public records.

“We would hope that news agencies and the media receiving the report would do so with the discretion and dignity a family who has lost a loved one deserves,” said district attorney Paul Howard, who argued for the sealing of the report last year.

“Our investigation into the death of Bobbi Kristina Brown will continue.”

Brown was the only child of singer Whitney Houston; her father was R&B singer Bobby Brown.