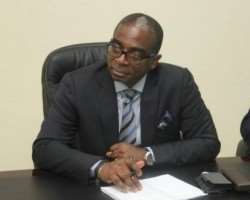 There appears to be a light at the end of the tunnel for the economy as the Nigeria Export Promotion Council (NEPC) has developed a 'zero oil' plan that would increase Nigeria's total value of world export in strategic sector in 10 years time by 5 per cent.

It says earning from the country's non-oil export revenue will increase from the present $2.7 billion to $25 billion by 2025, based on the plan, which result in reviving the nation's dwindling economic misfortunes and reducing its dependent on oil.

This disclosure was made by the Executive Director of NEPC, Olusegun Awolowo, Thursday in Benin, Edo state, at a one-day workshop tagged “Export Contract, the Legal Perspective,” said the fall in oil in world economy has decreased Nigeria's economic fortunes and rendered foreign exchange almost useless.

Awolowo,  represented by Barr. Ezra Yakusak, stated that the council has developed a 'zero oil' plan that would increase Nigeria's total value of world export in strategic sector in 10 years time by 5 per cent.‎ “The zero plan is a coherent agenda to mobilize the public and private resources towards replacing oil as our number one resources of foreign exchange.

“Under this plan, Nigeria will position itself to gain at least a 5 per cent share of total value over the next 10 years to ensure sufficient scale of production and prevent sudden market distortions. “At the end of the ten years, it is hoped that our Non-oil export Revenue would increase from $27.7 billion to $25 billion in 2015,” he said.