'Why NNPC can't be privatised' 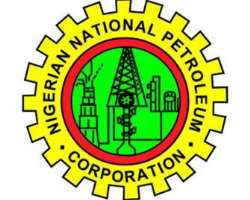 Petroleum product is a natural resource that is communally held and in real sense, it doesn't belong to any company, individual or group, so the call for privatisation of the Nigerian National Petroleum Corporation (NNPC) or the sector should not arise, Jite Ogunye, a lawyer, has said.

He told The Nation in Lagos that going by statistics, privatised organisations have not served the interest of the economy and the people. He identified corruption as a major issue that should be tackled in the oil and gas industry. He urged the Federal Government to overhaul and re-engineer the industry by putting credible and knowledgeable persons to run the sector.

He said: 'I don't think the major challenge in the oil and gas sector in Nigeria is lack of capacity. We have been drilling oil in Nigeria since 1958 and overtime the expertise either locally developed or brought in by foreign penetration has come of world standard.

'The key issue has to do with corruption.  Corruption has almost brought the country to its knees. In the oil and gas sector the government has to tackle the issues of corruption, and one way of doing this is to reengineer the NNPC.'

He also noted that for too long, appointments into the key sector have been more political than professional. There are visible efforts by the present government to clean up the rot in the sector, however, it has to be holistic.

He said the level of corruption in the NNPC may have informed the reason many are calling on the government to hand over the all important firm to private sector. He stressed the urgent need for the government to strengthen the nation's institutions including the judiciary and the legislature, adding that the oil and gas sector does not operate in a vacuum but in neighbourhood and environment.

'We also need to think of the external environment that has factors and institutions that infringe on the oil and gas sector,' he said.

If the regulating authorities are working, if our law enforcement agencies are working in that sector, signature bonuses will not disappear, remittances of royalties will no longer be hard in the oil and gas sector, but as long as those laws are not enforced, we will continue to have problem,' he stated. The Nation