The Radar’s Gaffes And Gaps 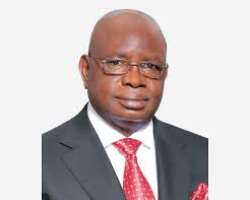 If Dr. Charles Obot of the University of Uyo who delivered a lecture at the anniversary of The Radar Newspaper saw the paper’s banner headline of Monday, February 29, 2016, entitled “Exposed! The Face of a Tribalist in Udom’s Govt”, he would shudder and come to the instant realization that his labour of treating the topic that bordered on Journalism ethics and responsible reportage was indeed in vain.

The characters who caused him to mount that cerebral study of instruction are charlatans who merely facilitated that event but without any intention to learn from it or internalize its eternal and moral instructions. The people who celebrated their coming with a pledge to be responsible are the irresponsible authors of the mischief that has made Dr. Obot’s efforts a mere hallow ritual.

The Radar newspaper since its advent has suffered great self delusion. Its promoters appear to have illusory claims of knowledge. But they have such minimal or chequered education to give vent to this claim. In the hollowness, they try to cut a niche of audacity. But it is audaciousness that is empty, barren and sometimes, preposterous. Well, for The Radar newspaper, professionalism is not of essence, mischief and mercantilism are at the core of its trade. The mischief comes into play when the mercantile requirement is not met often at the terms of the promoters of Radar newspapers.

The attempt to sully the image of the Secretary to the State Government is an addition to the endless list of mischief by The Radar newspaper. Very recently, its trade of mischief birthed at the office of the Commissioner for Works. The unprofessional publisher was armed with a manufactured story against the Commissioner for Works. He flaunted his tool side by side with his outrageous demand. It was a cost outside common conjecturing. The commissioner refused to consent to the blackmail but not without one of the media aides warning the mercantile journalist of the repercussions that could sequel his wanton conduct. He took hint and withdrew his blackmail bid from that quarter.

But as a leopard that cannot change its spots, the publisher moved on to new fronts where he thought his trade would sell. This time, it was the office of the Secretary to the State Government. Before going to town with his spurious story, it is learnt that he combed for the telephone number of the SSG and sent him an impudent SMS with the intent to instill fear and subdue the man before casting his anchor of deliberate mischief. In the message, he exposed himself as one lacking in discretion and wisdom. Of course the lack of respect for the office SSG by the impudent message may have caused the discretional and rationale Umoren not to respond to such inanities. Miffed by the disappointment, he decided to hit the newsstands with an incoherent narrative that exposes him as a shameless illiterate that may bring great erosion to a noble profession that acknowledges its social responsibility.

Let us examine the gaffes and gaps in the story for the benefit of those who have not seen or read the inane piece. To achieve its objective of media terrorism, the paper sets out with mischief from the front gate. The story which is fabricated and intended to malign has a bold headline with SSG’s photograph. The inchoate piece which is actually reported on page 5 is unfathomable, illogical, hollow and spurious. It contains silly reports that are not only factually incorrect, but also portends great danger for the unity of the State.

One of the allegations raised by The Radar newspaper is that Sir Etekamba Umoren is a tribalist who has brazenly rejected non-Annangs posted to his office. The fallacy further stated that: “The SSG did not only reject non-Annang civil servants, but also instructed the Head of Civil Service to post an Annang Permanent Secretary, Mr. Uduak Iwok to his office, because he cannot work with a non-Annang permanent secretary…”

The above report is as hollow as its source. Not that one expected much from the clan of Radar newspaper writers whose level of education and training is suspect. But at least one thought that given their grandstanding and the illusory intellectual prowess they brandish, they were capable of deep thinking; something better than the above narrative which is replete with pitfalls. If they were honest in their so called investigation, they would have known that Elder George Akpabio, the immediate past permanent secretary in the office of SSG was an Ibibio man and enjoyed a robust working relationship with Sir Etekamba Umoren. They would have known that most of the people who work in the office of SSG are Ibibio people. The merchants of this incendiary mischief would have known that Sir Etekamba Umoren has an urbane background and so is not a victim of the parochial sentiments of where one comes from rather he has interest in competence and capacity. An investigation of even superficial level would have availed them with the following salient facts to wit: That Etekamba Umoren had his Secondary education at Federal Government College, Ilorin; his higher school education at the same Federal Government College, Ilorin; and tertiary education at the University of Benin all of which combined to help him to develop a non-tribal background; that the maternal grandfather was the first paramount ruler of Ikono; that the wife hails from Nsit Ubium. But the intention of The Radar newspaper was a mercantile venture couched in mischief and not factual reportage.

The accusation that Sir Etekamba Umoren “pockets” what he calls “fringe benefits” of the workers after State events illustrates their total ignorance of the working of government. If they were sincere, they would have asked the relevant questions and established the difference between “Fringe benefits” and monies designated for State functions. The Bible observes that people perish for lack of knowledge. It is why journalism insists that a journalist should know a bit of everything.

But not The Radar which operators lay claim to knowledge they don’t stand a chance to ever acquire because of their bloated ego. The allegation that “fringe benefits” accrue to the office after State functions is a silly narrative as Government usually sets up committees during such events sometimes but not always with the SSG as the chairman. So where is the “fringe benefit” supposed to come from especially in this dire-strait times.

Again the accusation that the SSG is not “workers friendly” which the writer further elucidates as “having poor workers-management relationship “and alleging maltreatment and segregation of non-Annang workers in his office. Laughable as the allegation may sound, one cannot lose sight of its intent. How do you convince one to believe that a man who rose from Assistant Secretary in 1987 to become permanent secretary at the twilight of Obong Attah’s administration and retired at that level in 2014 lacks the team spirit and good working ethics in terms of relationship? It is difficult to accept this assertion as such person would not have ascended the height if he lacked the vital attribute of cultivating a convivial working environment for his subordinates.

Perhaps the most laughable is the allegation that the office is only accessible to Annang people and not to non-Annangs. They should add that certificates of origin are demanded before one is allowed to see him. That is how ridiculous and hollow the piece is. As stated earlier, the desperation to please some faceless paymasters comes with bold relief in the last paragraphs as the author urges Governor Emmanuel to intervene to serve his nascent administration for what the author calls, “ongoing ethnic nepotism (sic), neo colonialism and tribal tension created in his government by SSG, Etekamba Umoren…”

For Effect, it reiterates where Etekamba comes from and alleges that as Permanent Secretary, Government House, “he was outstanding in the oppression, suppression, deprivation and marginalization of non-Annang indigenes in the State during the Godswill Akpabio administration”

The Publisher of The Radar Newspaper is known to be an arch tribalist. There is a story of how a core supporter of Udom Emmanuel went to him during campaigns to seek his support for the candidacy of the current governor. His response was that Udom is not a core Ibibio since he is from Onna and so cannot earn his support no matter the credentials he parades. Of course it was common knowledge that he worked assiduously for APC and an “Ibibio candidate” in his opinion. It is from that parochial prism that he is judging Sir Etekamba Umoren and subtly calling for his removal with his prejudicial piece that bears no regards for development journalism or unity of the State.