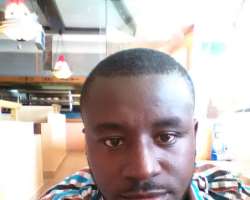 You excellency sir, I thought perhaps I should bring you up to speed with what is happening to Nigerians, the people who you claim to love and care about, the people who truly believe you have them at heart and for this reason they voted you into office. Since you assumed your highly elevated position it seems, perhaps, the seat has distanced you from the people, you've lost touch with the pains of the common Nigerian so you probably don't how difficult life is for us Nigerians as a people. Since you became president of this nation of ours, you've spent more time in transit to other countries than you've stayed at home.

You rarely visit us, maybe you show up for ceremonial functions and urgent matters and then you are off again. All these waka your supporters (which I am one) say are #NeedfulWaka to reposition the country and redeem the damaged image of the country in the international community, but like they say 'too much of everything is bad' and this may be the reason Nigerians feel that you should stay at home and feel their pain and frustration. I am a common Nigerian and I'm always in the midst of everyday common Nigerians, I know where it pains us, unlike you who wines and dines with only people of the high society may not be aware of the sufferings of the common Nigerians.

It's almost a year since you ascended the presidency and we are yet to begin to feel the good life you promised us, though we remain optimistic that in due time we would. Even your detractors and antagonists are also optimistic and they know you can do it. In about a month it will make it one year since Nigerians rejected impunity, cluelessness, recklessness and corruption. It will be one year since that historic election that brought you to office and we're yet to know what your economic policy or policies are. Neither do you have any economic team in place at the moment, and for this, the Nigerian economy has suffered greatly. Prices of commodities in the market have risen astronomically alongside the rise of dollar in the parallel market. Mr President, Nigerians are suffering and there is no succour for them in sight and this has made us even more frustrated.

Sir, you live in affluence and comfort, you eat good food, your vehicles are fully air conditioned, you never experienced the kind of heat we feel in the afternoon through the night to morning, we don't have that luxury. Incidentally the sun rays this year seems to be hotter than that of previous years and we don't even have the hope we would have power to sleep under the fan, so we hustle under the hotness of sun and sleep in the heat of the night. Personally I have been sleeping on the bare floor of my bedroom because the heat of the night is unbearable. To make matters worse, fuel scarcity is here once again to further add salt to the our injury. At the early stage of your presidency electricity became stable for most part of the day, we agreed your body language was working wonders. I truly miss those days.

Since you came on, you bravely took up the fight against corruption by the horn. This fight gets bigger everyday as more corrupt officials in the past administration are being picked up and investigated. In the Nine months of your holding sway at the helms of this nation, the fight against corruption has taken centre stage while every other sector is deteriorating. At the mention of your name corrupt officials in the past administration voluntarily fall sick. I tend to agree with former president Goodluck Jonathan when he said "corruption is not our biggest problem". To my mind, Corruption should be our third biggest problem after "warped mentality of the citizens" and "Lack of the spirit of nationalism and patriotism" respectively. A lot needs to be done to re- orientate the citizens.

Before the elections I galvanised and campaigned rigorously in my own little way for your candidacy so that you could be elected President of Nigerian. I wrote many articles published online and many more I shared on social media, I joined the "Buhari Volunteer Group", I distributed flyers and was ready to engage anybody who thought otherwise of your candidacy. I did all these because I believed Buhari is the only potent antidote for the myriad of problems facing Nigeria. Many will think I have become disillusioned with the change mantra and the Buhari Project, they are far from being correct.

I still believe in your ability to lead this country out of the trenches, but we need more proactive measures. The entire process is taking too long. The fact is, your government is yet to hit the ground running. It's 9 months gone already and it still feels as if you just got elected. While you might be busy globetrotting let me inform you that many Nigerians in their thousands have lost their jobs, many businesses have folded up, obviously you are not aware of all these.

While we wait for you to take us to the Promised Land, unlike the biblical Moses we don't want to die before that time.

For any reservations reach me via my email or twitter handle. And for contributions just comment below.