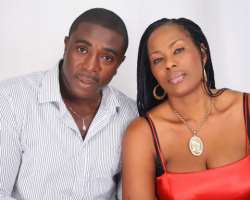 For viewers of the on-going Gulder Ultimate Search (GUS) Celebrity Showdown, the reality TV show from the stable of the Nigerian Breweries Plc, is simply nothing short of sheer entertainment and fun.

Coming on the heels of these is the tremendous increase in viewership as Nigerians now look forward to Sunday night every week. Like the very popular Mirror in the Sun soap that ran on NTA network in the 80s, viewers are now getting addicted to the GUS Celebrity Showdown on select television channels if the messages on scroll during the programme are anything to go by.

The latest gist of the GUS Celebrity Showdown is the eviction of the “Chairman” (being a popular and ex-anchor for the regular GUS) Bob-Manuel Udokwu. Bob who has always given the celebrity hunters insight as an experienced hand on what to do, or what to expect and what not to expect from each designated assignment, is now the fallen hero.

The last task was for the contestants to drag three bags full of puzzles into their given baskets, after which they will arrange them. According to the anchor, Genevieve Nnaji, no winner would emerge, however a loser was required. Princess, for the first time, finished first in her task. Bob finished last, hence his eviction. Bob makes it the number two person to be evicted from the GUS Celebrity Showdown.

As an ex-anchor of the regular GUS reality show, one would have expected Bob-manuel Udokwu to go all the way to the finals. His eviction was a big surprise to fellow contestants who looked up to him for advice, having been there before, though as an anchor person.

Chioma, who, by the way, shares a more agreeable bond with Bob, registered the greatest shock. She couldn't just believe it, as Genevieve asked Bob to go break his calabash and leave the camp immediately.

Bob took his eviction rather philosophically, preferring not to bemoan his fate but move on with his life. “I don't like to look over my shoulders. I prefer to look ahead and focus on the future” he said, after smashing his calabash