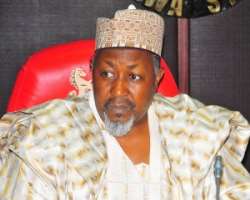 With a renewed vigour especially in the provision of portable water, the Jigawa State Rural Water Supply and Sanitation Agency, RUWASA is set to drill 300 hand pumps in seven local governments under the DFID SHAWN II program.

The government made this disclosure at the opening bid for the contract by the state commissioner for water resources, Alhaji Ibrahim Garba Hannun Giwa. He said that the hand pumps will be drilled in seven local governments under the program comprising the following communities: Birnin Kudu, Buji, Roni, Gwiwa, Gagarawa, Kafin Hausa and Kiyawa local governments.

Commenting on the development, a non governmental organization known as Water Consumers Association have pledged to give all necessary support to the state government's policy on provision of clean and affordable drinking water to all.

The planned support was communicated by the chairman of the association, comrade Safiyanu Abdullahi during his inaugural speech shortly after the election of the new executive members of the association held at Dutse.