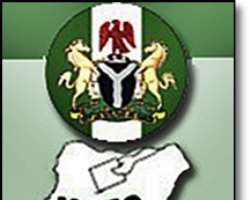 The postponement was broken at stakeholders' meeting at the Professor Dora Akunyili Women Development Centre, Awka, by the state Resident Electoral Commissioner, REC, Dr. Lawrence Azubuike. He said the decision followed a court order obtained by the Peoples Democratic Party, PDP, that it should be included in the exercise.

The postponement became necessary after a Federal High Court, sitting in Abuja on Monday ordered INEC to include the PDP in the rerun election.

INEC had earlier barred the PDP from participating in the rerun poll following a Court of Appeal judgment of 7th December, 2015 nullifying the election of the party's candidate, Mrs. Uche Ekwunife in the national assembly election held on March 28, 2015.

Unsatisfied, the PDP approached the Federal High Court sitting in Abuja, praying INEC to include it in the rerun. The PDP prayer was granted on Monday, thus necessitating the postponement of the poll indefinitely by INEC.