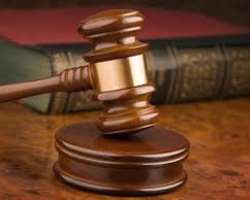 Justice Mohammed Idris of a Federal High Court in Lagos has ordered successive governments since 1999 till date to disclose the total amount of recovered stolen public funds.

The court also ordered that each successive government from 1999 till date must account for the amount of recovered stolen public assets spent as well as the objects of such spending and the projects on which such funds were spent.

The judge gave the order while delivering judgment in a Freedom of Information suit no:  FHC/IKJ/CS/248/2011 filed by Socio-Economic Rights and Accountability Project, SERAP. The court held that successive governments since the return of democracy in 1999 'breached the fundamental principles of transparency and accountability in failing to disclose details about the spending of recovered stolen public funds, including on a dedicated website.'

The Federal Government had through its counsel, Sheba Olugbenga, filed a Notice of Preliminary Objection dated March 26, 2012 contending that SERAP lacked the locus standi to institute the action. He also contended that that the action was statute barred; and that SERAP's affidavit evidence offended the provisions of the Evidence Act.

On May 8th 2012 the Federal Government filed additional written address in support of its Preliminary Objection, arguing most extensively on the retroactive nature of SERAP's request; that is, the Freedom of Information Act, having been enacted in 2011, does not apply to spending by governments since 1999.

But, in response, SERAP argued that the FOI Act is special specie of legislation to liberalise and expand access to information for all Nigerians adding that the Act does not impose any requirement of locus standi on applicants.

SERAP also argued in its pleadings that 'by virtue of Section 1 (1) of the FOI Act 2011, it is entitled as of right to request for or gain access to information which is in the custody or possession of any public official, agency or institution. It further stated that by the provisions of Section 2(7) and 31 of the Act, the Accountant General of the Federation is a public official.

The organisation said: 'The information requested relates to the spending on recovered stolen funds since the return of civilian rule in 1999. 'By Sections 2(3)(d) (V) & (4) of the FOI Act, a public official is under a binding legal duty to ensure that documents containing information relating to the receipt or expenditure of recovered stolen funds are widely disseminated and made readily available to members of the public through various means.

'The information requested does not come within the purview of the types of information exempted from disclosure by the provisions of the FOI Act.

'The government has no reason whatsoever to deny SERAP access to the information sought. The requested information, apart from not being exempted from disclosure under the FOI Act, bothers on an issue of national interest, public concern, social justice, good governance, transparency and accountability.

'Obedience to the rule of law by all citizens but more particularly those who publicly took oath of office to protect and preserve the constitution is a desideratum to good governance and respect for the rule of law.

'In a democratic society, this is meant to be a norm; it is an apostasy for government to ignore the provisions of the law and the necessary rules made to regulate matters.' SERAP had in its statement of claim sought for an order of mandamus directing and or compelling the defendants/respondents to provide the Plaintiff/Applicant with up to date information on recovered stolen funds since the return of civilian rule in 1999.

It further sought for detailed information on the total amount of recovered stolen public assets that have so far been recovered by Nigeria.

Reacting, SERAP Deputy Executive Director, Olukayode Majekodunmi, said: 'This judgment confirms the persistent failure of successive governments starting from the Obasanjo government, to respect Nigerians' right to a corruption-free society and to uphold constitutional and international commitments on transparency and accountability.

'The judgment is an important step towards reversing a culture of secrecy and corruption that has meant that highranking government officials continue to look after themselves at the expense of the well-being of majority of Nigerians, and development of the country.' National Mirror