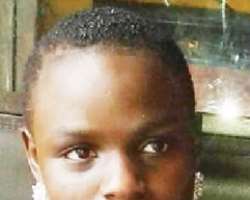 The emir of Kano, Malam Sanusi Lamido II has ordered the Sharia Commission in the state to liaise with office of the Assistant Inspector General of police, zone 1 to immediately commence process of returning the 14-year old teenager, Ese Oruru allegedly abducted in Bayelsa state by one Yunusa of Kura local government area of Kano state to her parents.

In his first official reaction, the emir of Kano distanced himself, Kano emirate council from the purported abduction of Ese Oruru by suspected lover. Sanusi II said I have ordered the sharia commission to liaise with the office of Assistant Inspector General of police zone to repatriate and reconcile the teenager with her family immediately.

A copy of the emir’s letter to the Shari’ah Commission, obtained by THE NIGERIAN VOICE, reads in parts "I am directed to draw your attention that Aisha Chuwas, recently converted to Islam through the Chief Imam of Kura local government and God so kind one Mallam Yunusa Dahiru intends to marry her as agreement was reached between the two of them.

In view of the foregoing, His Highness the emir of Kano Muhammadu Sanusi ll is directing your good office to investigate the issue, concluded the letter signed by Hamisu Garba Disu on behalf of secretary of the Kano emirate council.

While briefing the emir on the issue in his palace Monday, the District Head of Kura, Alhaji Bello Ado Bayero, said as of four days ago, the girl in question was still with Dahiru.

He said When I inquired from the village head of the area four days ago, he confirmed to me that the girl is still with Yunusa Dahiru in Kura local government area of Kano state.

Ese was allegedly kidnapped by one Yunusa in Opolo, Yenagoa Local Government Area of Bayelsa State, in August, 2015.

He reportedly renamed her Aishat on arriving Kano State.

When contacted on phone, the Police Public Relation Officer in the Zone 1, ASP Raubilu Ringim told HERALD that the AIG will brief newsmen on the issue tomorrow.