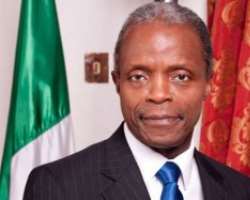 The Presidency on Monday said President Muhammadu Buhari never at any point during his 2015 presidential campaign promised to pay N5,000 monthly stipend to unemployed graduates in the country.

Laolu Akande, Special Assistant to the Vice President ( Media), addressed State House Correspondents in Abuja on Monday follwing reactions to the President’s pronouncement on the matter.

Akande said however that  a provision N500 billion had been made in the 2016 budget to execute six social safety net programmes.

One of such programmes, it was pointed out, was a conditional cash transfer where the Federal Government would pay N5,000 monthly to vulnerable and extremely poor Nigerians.

The media aide to Vice President Yemi Osinbajo, said that President  would rather generate employment for the unemployed than pay those who do no

Akande, however, said the payment of N5,000 to the less privileged contained in the 2016 Budget would be implemented.

Akande also said about of 500,000 graduates, who would be integrated into the teaching system, would be paid N5,000 token while on training.

He said: “The budget for 2016, which has been submitted to the National Assembly, has made an allocation of half a trillion naira, the first time in the history of this country's budget, where you have that huge chunk of money allocated for social investment.

“There are six social safety net programmes.
“One of them is the conditional cash transfer where government is going to pay N5,000 monthly to the vulnerable and extremely poor Nigerians.

“The programme for unemployed graduates is the direct creation of half a million teaching jobs so that they will be trained.

“Five hundred thousand unemployed graduates will be trained to teach and they will be deployed to teach, while they are looking for their career paths or jobs.

“That still stands.
“In addition to that, there is also a scheme to train 370,000 non-graduate youth for skill acquisition and vocational training.

“During the time of that training, they will also be paid.

“So the President did not say that he would be giving unemployed graduates N5,000.

“The N5,000 monthly stipend, which is already in the budget, is for the vulnerable Nigerians and the extremely poor.

“Once the budget is okay, one million extremely poor Nigerians will receive N5,000 monthly.”