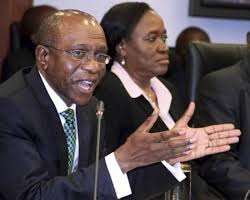 The Central Bank of Nigeria has reshuffled the portfolios of some of its directors, as it seeks to re strategies for more effective foreign exchange management.

The Corporate Communications  Department has remained vacant as no replacement has been named, as at Friday.

Meanwhile, Dr. Alvan Ikoku was named  the new Director for the Trade & Exchange Department, TED, which is said to be very critical to the management of the foreign exchange market.

President Muhammadu Buhari had said last week that officials of the apex bank were responsible for the crisis in the forex market.

The president alleged that these officials would open  Bureaux De Change which they use as conduit for round-tripping, thereby creating artificial demand for the dollar.