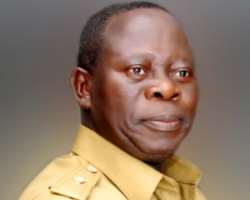 The Independent National Electoral Commission (INEC) has fixed governorship polls in both Edo and Ondo states, which gubernatorial elections fall due later in the year.

According to INEC, Edo governorship poll will hold on September 10, while that of their Ondo state counterpart is billed for November 26, 2016.

INEC's Deputy Director in charge of Voter Education and Publicity, Mr. Nick Dazang, made the dates known in a telephone interview to the Punch.