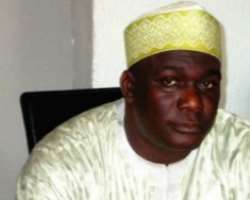 Workers in federal courts across the nation under the aegis of Judiciary Staff Union of Nigeria, JUSUN on Thursday said they will embark on industrial action over failure of government to pay Judges.

Speculative reports in a national newspapers indicated that Justices of the Supreme Court, Court of Appeal as well as judges of the Federal High Court, the National Industrial Court, the Federal Capital Territory High Court are being owed January salary while the payment of their February salary is not yet certain.

The President of the union, Marwan Adamu said in a statement on Thursday that the government cannot be claiming to be fighting corruption when the welfare of judges who will decide the cases is ignored.

“That is a way of encouraging corruption on the bench,” said Adamu.

“We want to warn that if the government does not address this urgently we will be forced to embark on a nationwide strike,” he added.

The JUSUN President recalled that the judgment of Justice Adeniyi Ademola of a Federal High Court, Abuja in January 2014 had affirmed the financial autonomy of the judiciary.

“This is to tell you the level of impunity that is going on in the country. In the first place, we do not even have to go to court to enforce the constitutional provisions which are self-explanatory. He noted that only five states have complied with the judgment which put the funding of the judiciary on first line charge.

“We went on strike but we called it off after we signed a memorandum of understanding with all the parties involved. Ordinary if there is a court judgment, you don't need to renege on its implementation if you don't appeal against the judgment.”

“We appreciate those states that deem it fit to implement the court judgment. But we want to warn other states that have refused to comply that we are going to employ every means to force them to comply with the provisions of the Constitution.