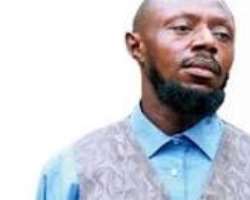 The General-Overseer of the Christian Praying Assembly, Chukwuemeka Ezeugo, a.k.a Rev. King to die by hanging, the Supreme Court has affirmed.

The notorious preacher who was convicted for the murder of one Ann Uzoh, a member of his church, has exhausted all chances of upturning the initial judgement of the Lagos High Court.

In a unanimous judgment Friday afternoon, a seven-man panel of Justices ‎of the apex court led by Justice Walter Onnoghen, upheld the death sentence that was earlier handed to Ezeugo by the Lagos State High Court.

In its lead verdict that was delivered by Justice Sylvester Ngwuta, the court held that the appeal the convicted clergy  lacked merit.

. The judgement of the court of appeal is hereby affirmed. The prison sentence that was earlier handed to the appellant is no longer relevant in view of the death sentence passed on him”, Justice Ngwuta held. It will be recalled that Ezeugo was convicted and sentenced to death by hanging on January 11, 2007, for the alleged murder of his church member, Ann Uzoh. He was arraigned on September 26, 2006 on a six-count charge of attempted murder and murder.

The charge against him was at the instance of the Lagos State Directorate of Public Prosecutions. During the trial, the prosecution had argued that the convict poured petrol on the diseased, Uzor and five others. Uzoh died on August 2, 2006, exactly 11 days after the incident. In her judgment, trial Justice Joseph Oyewole who is now a Justice of the Court of Appeal at Calabar, said there was sufficient evidence linking the accused person to the commission of the crime. Consequently, Justice Oyewole convicted and sentenced Ezeugo to 20 years imprisonment for the attempted murder and death by hanging for the offence of murder.

Dissatisfied with the judgment, Ezeugo took the case before the Lagos Division of the Court of Appeal. The condemned clergy, in his notice of appeal dated January 16, 2007, prayed the appellate court to set aside the judgment. Aside 16 grounds of appeal he raised through his lawyer, Mr. Olalekan Ojo, he was subsequently granted leave to argue additional 16 grounds based an amended notice of appeal he filed on June 15, 2008. Ojo argued that his client did not commit the crime and was not at the scene of the incident. He insisted that the deceased, Uzoh, had in two statements she made after the incident and before her death, stated that she got burnt in a generator accident and that the cleric was not responsible for her injuries.

Ojo said the Investigating Police Officer, IPO, had tendered statements which stated that Ezeugo was not responsible for the burns that led to Uzoh's death. He alleged that the trial Judge refused to admit in evidence, the statements he said exonerated Ezeugo of the crime. The lawyer further contended had those “vital exhibits” been admitted rather than expunged by the trial judge, they would have operated to cast serious doubt on the case of the prosecution.

He maintained that Justice Oyewole's refusal to admit the exhibits in evidence “occasioned a great miscarriage of justice” against his client. Meanwhile, after due consideration of the case, a three-man panel of justices of the appellate court, in a lead judgment that was delivered by Justice Fatimo Akinbami, dismissed Ezeugo's appeal and upheld the high court verdict.

The other members of the appellate court panel that equally concurred with the lower court's verdict were Justices Amina Augie and Ibrahim Saulawa. Determined to save his life, Rev Ezeugo lodged an appeal before the Supreme Court. His appeal was challenged by the Lagos state government which through its Attorney General, Mr. Adeniji Kazeem and Director of Public Prosecutions, Mrs. Idowu Alakija, urged the apex court to dismiss it and uphold the concurrent verdicts of the two lower courts.