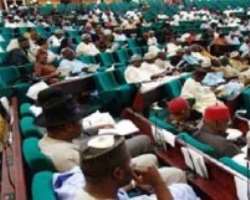 The last may not have been heard about the mass purge in the Ivory Towers by the federal government as the House of Representatives has called on the government to put on hold its decision to remove the vice chancellors of five federal universities.

The motion for stay of action was moved in the House of Representatives by Rep. Adamu Shekarau. He said that he believes the decision violates enabling laws covering appointments and removal of vice chancellors.

He stated that the body would soon go on strike over the suspension of vice chancellors from some institutions, and prayed that the House Committee on Tertiary Institutions would investigate and report to the House.

The lawmakers said unions in the universities have given notice of possible strike to protest the removals.

Speaker of the House, Honourable Yakubu Dogara, called for a vote, saying that all hands must be on deck to ensure that it [the strike] does not happen”

The Committee on tertiary education is to investigate the matter and report to the house in two weeks.