Sukuk as financing option for 2016 Budget 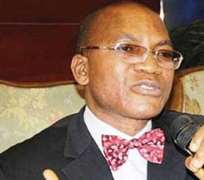 Sukuk, a non-interest bond, is gaining acceptance as a financing option that the federal government could explore for the 2016 budget, writes Goddy Egene.

One major concern of Nigerians regarding the 2016 budget of federal government budget is how it will be financed.  By and large the budget has been hailed as a significant deviation from the past.  It is expected that by the end of March, the National Assembly would have passed the federal appropriation bill that is put at over N6 trillion.  About N1.8 trillion is expected to be borrowed to fund the budget and considering the declining oil revenues, getting the funds is seen as big challenge.

Over half of the N1.8 trillion is expected to be borrowed from the domestic market.  While some apprehensions have been raised in some quarters over how to get enough domestic and foreign borrowings to fund the budget, there is an untapped    financial product in the nation's capital that can be used to take care of this challenge.  It is called the Sukuk.

Meaning of Sukuk
Sukuk is sometimes referred to as Islamic bonds. However, the  Accounting and Auditing Organisation for Islamic Financial Institutions defined Sukuk as  “securities of equal denomination representing individual ownership interests in a portfolio of eligible existing or future assets.'

Whereas the conventional bonds confer on the holder ownership rights to a debt instrument, the Sukuk grants the holder a share of an asset, including the commensurate cash flows and risks attached to that asset.

For instance,   when a Sukuk is issued to build city apartments, the subscribers to that sukuk  indirectly own shares of those apartments and get their profit from the rental income paid by occupants of the apartments.

Hence,  sukuk is said to be 'Shariah compliant' because it eliminates the interest elements  that are associated with a conventional bond.

International Sukuk Market
Historically, the first sukuk, worth RM125 million, was issued in 1990 by Shell MDS in Malaysia. The market experienced rapid growth culminating in the first issuance of sukuk in the international markets when the Central Bank of Bahrain issued the first US-dollar denominated sukuk worth $100 million.

Currently, Sukuk issuances across the globe stand at about $120 billion, up from just $15 billion in 2008. In June 2014, the United Kingdom became the first country outside of the Islamic world to issue a sovereign sukuk, highlighting the growing importance of this innovative financial instrument across the world. In that debut issuance, the UK government raised £200 million to build residential buildings. Other countries outside the Islamic world that have issued sukuk over the last two years include Hong Kong, Senegal, South Africa and Luxemburg. The five largest Islamic finance markets in the world - Malaysia, Saudi Arabia, UAE, Kuwait and Qatar - continue to account for over 90 per cent of global sukuk issuances.

SEC, DMO Collaboration
While the Nigerian conversional bonds market has been very active in recent years, the sukuk segment has remained untapped despite its huge potential. It is only Osun State that issued a Susuk, through which it raised N11.4 billion in 2013.

However, given the moves by the Securities and Exchange Commission (SEC) and the Debt Management Office (DMO), the first sovereign Sukuk may be issued soon. The Director General of DMO, Dr. Abraham Nwankwo and  his counterpart at SEC, Mounir Gwarzo pledged to  partner to ensure a deeper bond market including non-interest products such as Sukuk.

Speaking when the management of SEC visited DMO in Abuja,  Nwankwo stressed the  importance of non-interest products, explaining that a sovereign sukuk issuance had been part of the institution's strategic plan designed three years ago.

He solicited support from the SEC, especially in the area of capacity building in order to realise the goal of issuing Nigeria's first sovereign sukuk this year.

On his part, Gwarzo assured the DMO of the commission's continued support, while pledging to take measures that would help enhance the capacity of relevant staff of the DMO.

He said:  'Within the context of continued decline in the prices of crude oil in the international markets, attendant drop in both foreign exchange and government revenues as well as fragility of growth from major emerging markets like China, the need for alternative sources of capital to finance infrastructure becomes increasingly more compelling. Both government agencies therefore agreed on the urgent need to begin mobilizing capital in order to address the nation's investment needs. Particularly, issuing a sovereign Sukuk will attract significant amounts of affordable capital from the Gulf countries and other established Islamic markets around the world into Nigeria.'

Benefits of Sovereign Sukuk
Nigeria stands to gain many benefits gain from the issuance of a sovereign Sukuk.  It provides alternative source of funding to government amidst dwindling fortunes in the oil market.

Since the third quarter of 2014, volatility in the global crude oil market has seen the price of the product fall from highs of $140 per barrel to less than $30 per barrel. Analysts believe that apart from sourcing for capital from conventional sources, issuing a sovereign sukuk is a very viable alternative source. By the end of 2015, total assets under management in the global Islamic finance industry surpassed $2.5 trillion as more and more investors continue allocating their funds to Shariah compliant instruments across the globe. There is therefore a huge, unmet demand for sukuk issuances from high-potential economies like Nigeria, especially in view of the fact that similar issues by peer countries were oversubscribed. The Federal government can therefore leverage this market to raise money to fund critical infrastructure across the country. Importantly, this can be done in a debt-neutral manner since sukuk is essentially an asset-backed instrument.

Just as the FGN bond market provides the yield curve for other issuers,  it is expected  that a sovereign sukuk will provide the much needed benchmark for State governments, companies or even multi-lateral institutions to issue their own Sukuk.

Analysts said if the federal government takes leadership to issue sovereign sukuk, it will  deepen the financial system, boost product innovation in other segments and promote deeper capacity among industry professionals. Already there is  a licensed Islamic bank in Nigeria (Jaiz) and registered ethical funds in the system, in addition to pension fund administrators and insurance providers. These institutions urgently require Islamic finance products like the sukuk to manage their liquidity more efficiently and become more profitable.

Another major and perhaps the greatest long-run benefit of issuing a sovereign sukuk is its potential to significantly boost financial inclusion in Nigeria, one of the largest populations of Muslims in the world. Since the sovereign sukuk is likely to boost other parts of the Islamic finance market, there is potential to mobilize billions of naira in savings from Nigerians who had kept their money outside of the conventional financial system due to their religious beliefs.