Revelations on Bolloré group’s investment in plantations in Africa 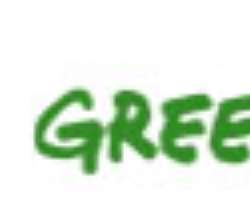 AMSTERDAM, Netherlands, February 23, 2016/ -- A new Greenpeace France investigations on Socfin, a company owned 38.75% by Bolloré group, has revealed the impact of the company’s plantations on forests, communities and wildlife in Africa;

The report ‘Africa’s forests under threat’, shows that Socfin’s expansion plans in a dozen countries, mostly in Africa, are threatening forests that are essential for the preservation of climate balances, biodiversity and communities livelihood and calls on CEO Vincent Bolloré to immediately commit against deforestation.

Africa, a new frontier for palm oil
Africa may only represent a small proportion of global palm oil production, but there is currently a run on African forests. An increasing number of investments are being made, with investors attracted by favourable climatic conditions and above all by soft regulations that are either not applied (in particular due to corruption) or that are particularly favourable to foreign investment

The leading planter in Africa, the Société Financière des Caoutchoucs (Socfin) is little known to the general public but has been operating in the continent for over a century. Heading up Socfin’s shareholdings are two figures of African business: Vincent Bolloré, France’s ninth-richest person who remains highly active in Africa, and the Belgian businessman Hubert Fabri.

Plantations that threaten the climate
In the report, Greenpeace France’s investigations in Democratic Republic of Congo and Sao Tome-Principe, shows that Socfin’s plantations include primary and secondary forests, that store large quantities of carbon. Furthermore, Socfin is involved in many conflicts with forest communities.

“We found that some concessions border onto unique ecosystems, as in São Tomé where they are located next to a national park that is home to remarkable biodiversity. However, unlike its main competitors in the palm oil sector, Socfin has no policy to combat deforestation and end the land conflicts." says Cécile Leuba, campaigner for Greenpeace France.

In Sao Tome, according to Greenpeace’s estimations, the total amount of carbon stored in these cleared forests exceeded 600 000 metric tons of CO2 equivalent. This is the equivalent of annual emissions from a small coal-fired power station.

“To prevent African forests from being subjected to the same fate as Indonesian or Malaysian forests, investors must immediately adopt zero deforestation policies, together with social safeguards. The Bolloré Group cannot clear itself of its responsibility with regard to Socfin’s practices.” concludes Cécile Leuba.

Take action to call for Zero Deforestation in the Congo Basin. Sign the petition!: http://www.APO.af/MIgAo6