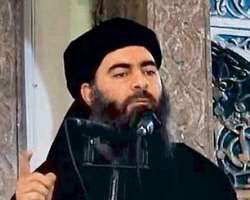 Four of the world's leading authorities on ISIL discuss what the group strives to achieve with its global attacks:

• 'They're baiting us' - Lydia Wilson
• 'This is a clear strategy to be brutal, to change the behaviour of the enemy' - JÃ¼rgen TodenhÃ¶f

• 'They want Muslims to choose between being part of societies that don't want them, or joining the Islamic State' - Will McCant

On Al Jazeera English's flagship current affairs show, UpFront, Lydia Wilson, research fellow at Oxford University’s Centre for the Resolution of Intractable Conflict; JÃ¼rgen TodenhÃ¶fer, the first Western journalist to be granted access to ISIL controlled territory; Will McCants, a former State Department adviser on countering violent extremism; and Hassan Hassan, co-author of the book ISIS: Inside the Army of Terror, discussed what the group aims to achieve by carrying out attacks around the world.

'If we believe what they say, and I do…They're baiting us,' said Lydia Wilson. Wilson, who recently interviewed ISIL fighters in northern Iraq, believes ISIL wants Western countries to attack them at home. 'They're inspiring terror and drawing the Western powers, or the unbelieving powers… into wars that they cannot afford or draw them directly into the region not just by proxies… [Terror attacks] produce the response that we are giving them.”

German journalist, JÃ¼rgen TodenhÃ¶fer, weighed in, saying, 'I think the brutality of these terrorists is their strategy. They want the Western governments to overreact, to send bombers, to kill civilians, and this is a terror breeding program… This is a clear strategy, to be brutal to change the behaviour of the enemy.”

Also joining the special roundtable was Will McCants, the former State Department senior adviser, and author of the new book. The ISIS Apocalypse. He explained how ISIL's attacks intend to polarise and act as a recruitment tool. 'The Islamic State is seeking, particularly in the West, to make Muslims face a choice,' he said. 'They want Muslims to choose between being part of societies that don't want them or joining the Islamic State… And the more that they can cultivate anger among non-Muslims in the West against Muslims, cultivate paranoia against them, the more they hope to be able to recruit from the resulting alienation amongst Muslims in the West.”

Rounding out the panel was author Hassan Hassan, who believes ISIL would prefer the West not attack them. 'If ISIS had a choice, I think it would have wanted the West to stay away from it,' he said. 'However, I think ISIS has always had this mindset of the West would go after them even if they don't do anything in the West.” – Culled from Al Jazeera.