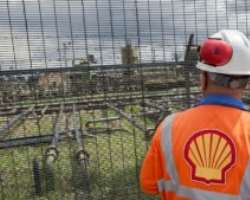 The development which was confirmed by Media Relations Manager, SPDC, Precious Okolobo, on Monday followed disruption in production caused by the spill on the subsea crude export pipeline.

The oil recovery, according to Okolobo, is supported by industry group Clean Nigeria Associates (CNA) and other oil companies, adding that Shell has deployed specialised equipment to contain the spill.

SPDC, he said, has also mobilised clean-up teams and contracted a specialised aircraft to join in the response. Production into the terminal and crude oil exports were stopped soon after the spill was discovered.

The Shell spokesman said the force majeure was effective 1500hrs (Nigerian time) February 21, 2016, adding that  the SPDC was intensifying efforts on containment and oil recovery while also finalising repair plans.

Forcados terminal is one of Nigeria's biggest terminals with capacity to export 400,000 barrels a day.

Shell is a major oil operator in Nigeria, Africa’s largest producer with an average of two million barrels per day.

Shell has often blamed sabotage for most of the spills in the Niger delta.

Oil thieves usually vandalise pipelines to siphon crude which is sold in barges to illegal buyers on the high seas.

Nigeria is estimated to be losing some $6 billion annually in the illegal crude oil business.