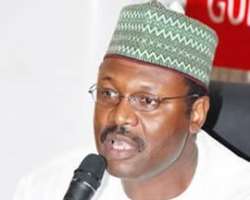 This is contained in a statement signed by Alhaji Halilu Pai, the Resident Electoral Commissioner and made available to newsmen on Monday in Lokoja.

Pai said that Ogembe of the Peoples Democratic Party (PDP) polled 45, 468 votes to beat four other contestants in the election that was earlier declared inconclusive.

He attributed the reason for the decision to declare the election inconclusive to `minor error' during collation.

Other candidates who contested the poll were: Sen. Nurudeen Abatemi of the PPA, Mr Moses Wokili of the SDP, Mr Bashir Sani Omolori of MPPP

However the commission still maintains its decision to declare the election in Kogi East Senatorial district as inconclusive.

The commission is yet to fix a date for the conduct of fresh elections in constituencies where elections were declared inconclusive. (NAN)