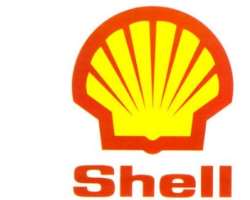 One week after discovering a crude oil spill on water around Forcados Terminal, the Shell Petroleum Development Company of Nigeria Limited has declared force majeure on the lifting of oil from the terminal.

The company, in a statement on Monday, said the force majeure became effective 15:00hrs (3pm), Nigerian time on February 21, 2016, following the disruption in production caused by the spill on the Forcados Terminal subsea crude export pipeline.

The Forcados export terminal in Delta State is one of the country's biggest terminals with capacity to export about 400,000 barrels of oil per day.

The SPDC, in the statement signed by its Media Relations Manager, Precious Okolobo, said it was intensifying efforts on containment and oil recovery from the February 14, 2016 spill, while also finalising repair plans.

The force majeure clause is a standard clause in most contracts and it includes events such as natural disasters, wars and other occurrences not within the power or control of the executing party, which makes the implementation of the contract impossible.

The SPDC had on Saturday said it had deployed specialised equipment to contain the spill, with the support of Clean Nigeria Associates and other oil companies.

It said it had also mobilised clean-up teams and contracted a specialised aircraft to join in the response, adding that production into the terminal and crude oil exports were stopped after the spill was discovered.

According to the statement, diving teams, which inspected the 48-inch diameter export pipeline, reported extensive damage that was consistent with the application of external force.

Following this incident, the SPDC Joint Venture said it was working with relevant government agencies to review the security situation around its critical assets in the Niger Delta. Punch