King Wasiu Ayinde Marshal Gets Made in Nigeria Car (Photos) 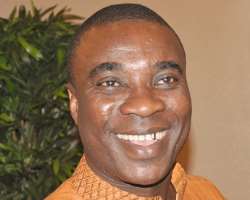 Nigerians are beginning to wake up to their responsibilities as they have started buying made in Nigeria products to also help in stabilizing the naira.

One of such way of advocating for made in Nigeria product is the manufacturing of cars made in Nigeria. Recently, King Wasiu Ayinde Marshal better known as K1 De Ultimate was unveiled as the brand ambassador of Geely, a car manufactured and assembled in Ibadan, Oyo state.

Such an honour does not just come as the singer will also go home with one of the cars as example.The car is set to be launch during the third quarter of the year 2016. The initiative according to Governor Biola Ajimobi, is a way of helping to stop importation of foreign made products and also helping to create employment for young graduates.

Aside being unveiled a s a brand ambassador, K1, has also completed his 14 track album which he titled 'Let The Music Flow.'