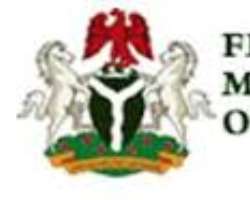 The outbreak was first identified  by the Medical Officer of Health of the LGA on the 9th February, he said.

The victims  are said to be within the age range of  eight and 72 months.

Dr  Idris said his ministry has  already notified the Federal Ministry of Health (FMOH) and the World Health Organisation (WHO) on the situation.

It has also constituted a team of Epidemiologists to investigate the outbreak and institute appropriate measures to prevent further spread of the disease.

But he said  although the disease causing the outbreak is yet to be confirmed, 'the signs and symptoms are suggestive of Febrile Rash Illnesses.'

He added: 'Blood samples (and throat swabs) from the patients and water samples from the community have been taken to the Virology Reference Laboratory at the Lagos University Teaching Hospital (LUTH) and Lagos State Drug Quality Control Laboratory (DQCL), LASUTH, Ikeja respectively. The source of the infection is still under investigation.'

Otodo Gbame community, according to Idris is  an expansive, sandy riverine, flood prone and camp-lie settlements with an estimated population of 100,000 people.

'The people are mainly Egun, however there are other tribes in the minority. The community is a slum with waste deposited at different spots. There are many scattered shallow wells in the community. The water from the wells is found to be used mostly for bathing, washing and cooking. Majority of the citizen claimed it is not used for drinking but a few said they sometimes drink from the well. The community head Chief Hunpe Dansu confirmed the outbreak of the Febrile Rash illnesses.'

The government is said  to be  intensifying efforts to conduct mapping of all slums and blighted areas in the state towards reducing the health hazards associated with such areas.

He enjoined the people to join hands with the government in the identification of slums and in ensuring environmental sanitation at all times. And members of the public and health workers are to report any strange illness to the nearest health facility or call the following lines- 08037170614, 08055281442 and 08023169485. - The Nation.