Acting is my Existence…. Lere Piamo 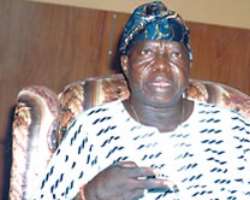 Lere Paimo is a veteran actor, spending decades in the movie industry and still manages to be relevant despite the number of actors the industry has.

For Lere Piamo, his age is no barrier, as he continues to bring smiles to the face of many through his exquisite acting skills.

Many wound have imagined that he should have plans of retiring very soon due to his age, but he doesn't have any plan to do that anytime soon as he claims the profession is the reason of his existence.

“There is nothing like retirement in a profession synonymous with my daily existence.This profession is my existence. Nobody thinks of dying before he completes his assignment on earth. So, I have never thought of retirement”

In a recent interview, the revealed these children are also interested in acting, and that gives him joy, because it would only mean, it would pass on from generation to generation.

He further said, though they have interest, he wants them to finish their education before making a debut into the movie industry.