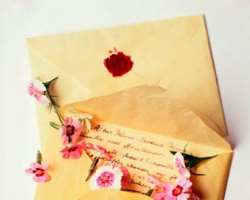 Loyalty is anall-inclusive devotion that women require for theprotectionof families while for honor,mendemandloyalty with money, browor force if necessary. Each wants allegiance and commitment but women are more faithful to their families because theultimate burden of the children falls on their shoulders.Though men feel obligated,they think differently about being faithful when away to make money. There may be a bias on the part of the writer as a man.

Men demand loyalty based on the investment they make on their families usually to induce a lady that honors him. Money is an incentive or reward for loyalty but force as in punishment, is actually a negative reinforcement. Men do not intimidateto correct behavioras a first option, only whenthreatened, out of patience, money or dishonored. Even without money, men still demand loyalty. Unfortunately, men’s wealth and use of force maybackfire to his disadvantage.

Since most women lack the force and brow of men, their way of demanding compliance is not surprising: by love and persuasion in the name of the family. They are graceful, gentle, luring and more effective than men. This is why many have claimed that because ladies have a shorter window of fertility they are more matured earlier. Whatever the hypothesis or theory, it works.

However, ladies’ loyalty is deep because it comes out of self-preservation for unconditional love of the family. It may mean that women are willing to give their loyalty in order to preserve their homes just as men would do anything to get money to sustain the same. Men go hunting in the wild, in the mines or outside the community for as long as it takes, for his family to survive. Just as men are willing to give their lives for their country, they may risk their lives for the families.

Young ladies think that if they give all their love to men, he will not disappoint themandmen cannot learn that no matter how much you investin a woman, some can still dishonorthem. Along the way, somehow bothexpectations are not enough to satisfy reality. This is why we ask why a man in his right senses would disappointa faithful lady or why that woman would lose a man that is a good provider. Whydoes traditionalrelationships stay more faithful and loyal?

It is because royalties keep marriages within and traditional families rely on kinship. Both are durablebut short on individual choice and interest. Most ladies are smart in their choice of compatible partner. Sinceeachpartnerdesires areputation that is free of blemish, mental or destructive behaviors. It takes longer totreat set ingrainedhabits inaged relationships.

When it comes to love, most young people think more with their hearts than with their brains. They soon find out that no matter how much you love, most responsibilities that come with therelationshipcreate expenses that have to be taken care of with hard work that can pay the bills. Fortunately, these days those responsibilities can either fall on a man or a woman. Yet, many women confide in friends that they cannot stand a man that cannot afford to return her favors.

Otherwise, love should be enough if given by humble poor men. We have been environmentally programmed that a man that cannot pay the rent will eventually suffer some envy of men that can. In other words as much as liberated ladies claim they are ready to take up the role of men, they still nurse a secret admiration for swaggered men that pay their friends’ bills in the family.

We need not take it to the extreme, but some women claim they have been paying men’s bills in the family without overtly demonstrating such, for fear of ridicule by both sexes. As soon as these men whose bills are being paid by women overstep their bounds for variety of reasons; including divided loyalty or deference given to rich men outside the home, anger blows open. The source of that jealousy could be a mentor, friend, boss and even worse, her confidant.

Her question is: where the hell do you think the money is coming from Mr. Big Stuff? As long as the money is coming in, do not question the source, since you are not dishonored at home.This may also mean that women demand loyalty with their money just as arrogant men do. Some money are cleaner than others. Embezzlement, armed robbery or prostitution is dirty money.This may be the case in some relationships that eventually pack up after too many unforgivable unforced errors. It may be called taking one another for granted for too long or too many times.

Most studies have indicated that a good relationship within the family, even those that are not perfect makes us happy and prolong our lives. On the other hand, a toxic relationship creates bad mental environment and cuts our lives short. Without any study, this should be obvious. It is the same reason children that grow up in a loving environment do better in life than single parent homes. But divided loyalty in a toxic marriage is worse than a single parent home.

Addiction breeds divided loyalty. Since it feeds itself on negative reinforcement while on cloud nine, but can be treated as a goal on the long runwith positive reinforcement. It worksearlier in relationships if theerring behavior partner is willing to survive the disaster of self-destruction.

Violence and greed are part of addiction creating divided loyalty. A non-abuser and a dedicated wife should live in mental peace. However, humans are always tempted to fight overabit more, a bigger abode, another car or try something new. This is true even when most of us think they have everything.Please take the devil out of it, the devil only helps those that help themselves.

No matter what we think about human, most of us are rational. At the same time some of us are calculative and also gamble regardless of the odd of winning. This behavior is displayed in many relationships without loyalty. We may underestimate the reaction of our partners base on some factors or miscalculate that one partner is more forgiving that the other. Some of us may be daring, thinking a partner is too dependent or loving to risk doing without the other.