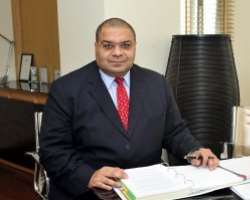 Cabeólica is the first privately-financed sustainable wind farm on a commercial scale in sub-Saharan Africa. Operating across four of Cape Verde's islands (Boa Vista, Sao Vincente, Sal and Santiago) and consisting of over 30 wind turbines, it has a total installed capacity of 25.5MW, equivalent to around 20% of Cape Verde's energy needs. To date, Cabeólica has generated over 300,000 MWh of clean wind power.

The project has transformed Cape Verde's access to electricity. Prior to becoming operational, the islands suffered from chronic power shortages and were heavily dependent on imported oil, with only 2% of the country's energy needs being sourced from wind power. Today, Cape Verde benefits from a reliable and extended electricity grid.

"We are very excited to take a larger part in this ground-breaking project. Cabeólica provides access to electricity for 360,000 people, which is about 72% of the Cape Verde population. The project is staffed entirely by skilled Cape Verdean employees and with sustainability at its core; it has avoided an estimated 55,000 tonnes of carbon emissions a year and averted the need to import 15 million litres of diesel a year. The additional share purchase will allow further expansion and other uses of wind energy in Cape Verde. We are very proud of our growing work in addressing Cape Verde's energy needs though sustainable measures, all the while seeking a competitive return on investment for our shareholders."