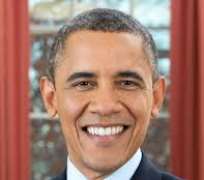 President Barack Obama slapped North Korea with more stringent sanctions Thursday for defying the world and pushing forward with its nuclear weapons program, weeks after it launched a satellite-carrying rocket into space and conducted its fourth underground nuclear test.

Both actions led to worldwide condemnation of North Korea and fueled fears that the reclusive country continues to move toward building an atomic arsenal.

Democratic and Republican lawmakers, many of whom say Obama hasn’t been tough enough on North Korea, overwhelmingly approved the bill last week and sent it to the White House. Obama signed the legislation in private and issued no statement. Up until Wednesday, the administration had said it didn’t oppose the bill but declined to say whether Obama would sign it into law.

The expanded sanctions are being imposed as the U.S. and China are in delicate negotiations over a U.N. Security Council resolution on new sanctions. China, which is North Korea’s most important ally, has raised concerns about measures that could devastate North Korea’s economy.

The new measures are intended to deny North Korea the money it needs to develop miniaturized warheads and the long-range missiles required to deliver them.