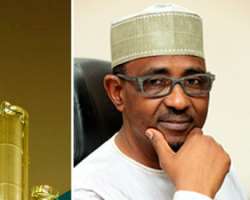 The continued fall in crude oil price may lead to a further cut in the pump price of petrol by the Federal Government any time soon, the outgoing Executive Secretary of the Petroleum Products Pricing Regulatory Agency (PPPRA), Mr. Farouk Ahmed, has said.

The PPPRA is the agency of the Federal Government that regulates and fixes prices for petroleum products in the country.

The agency had late December 2015 stated that the pricing template for petroleum products would be reviewed occasionally to reflect fluctuations in the price of crude oil in the international market.

While handing over to the most senior officer of the PPPRA, Mr. Moses Mbaba, in Abuja on Thursday, Ahmed noted that as of February 3, 2016, about one month after the review of the pricing template of petrol, the country had saved N2.6bn as over-recovery on the product.

He was, however, quick to state that the value was low because some of the over-recoveries were still arriving.

He stated that the decision on the review of the pump price of Premium Motor Spirit, popularly called petrol, would be taken next month by the Minister of State for Petroleum Resources, Dr. Ibe Kachikwu, after due consultation with stakeholders, and based on the price of crude oil in the international market.

When asked if the price could be reduced in the future considering the fall in crude oil prices, Ahmed said, 'Yes, but wait till March and you will see. Because the minister is fair in the decision he will take, and because he will take the decision pragmatically.'

He added that due to the current state of over-recovery, the PPPRA was recovering some money from the Nigerian National Petroleum Corporation and oil marketers.

Ahmed also noted that as of February 16, 2016, the country recorded over-recovery of N13.81 per litre of petrol, stating that this meant that the landing cost of PMS was lower than the selling price by N13.81.

However, as of the close of business on Thursday, the over-recovery had dropped to N11.74 per litre.

Ahmed explained that on instances of over-recovery, the PPPRA usually sends notes to affected marketers to refund the excess money to the government, adding that the fund was being kept in an account that was recently opened at the Central Bank of Nigeria.

He said, 'There has been an account launched at the CBN and being managed by the Accountant-General of the Federation where the over-recovery funds are deposited. So, there is no question of where the money goes to.

'As of February 3, 2016, the estimate in that account, because we are verifying based on what was imported, is just a small amount of about N2.6bn. But this is just the beginning, because some of them were just arriving in December; that is why the subsidy over-recovery is low.

'The fact is that whatever money that will be put into that account, one day, which is our hope that the price of crude oil will go up, there will be more revenue inflow to the Federation Account. The oil sector will benefit. That excess, before you go to the government for any intervention, you go to that account and pull some money and compensate.'

He, however, noted that the over-recovery might disappear if the price of crude oil rises by next month.

Ahmed stated that the process of the review of the pricing template would likely commence by March 15, 2016, and the committee to undertake the review would consist of all the stakeholders in the petroleum industry, including major and independent oil marketers as well as depot owners.

The outgoing PPPRA boss stated, 'The recent price modulation mechanism and review of the agency's pricing template, which took effect from January 1, 2016, has ushered in the much-needed efficiency and cost-saving as far as subsidy payment exposure is concerned.

'This has partly led us to a regime of over-recovery, enabling the government to collect money back from the marketers into the designated over-recovery account at the CBN.' - Punch.