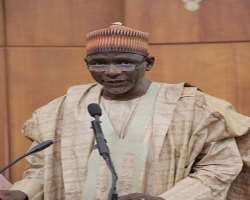 The Federal Government will not reverse the recent sack of 13 Vice Chancellors (VCs) despite the several protests trailing the decision, Minister of Education, Mallam Adamu Adamu, has said.

Adamu, who disclosed this on Thursday in Abuja during a chat with newsmen after flagging off the 2015/2016 annual school census exercise, said mere protests would not force government to reverse the decision.

He said, “Do you reverse government’s decision simply because somebody has protested?  I don’t think there is government decision that is not everyone decision.

“We have gotten some presentations (on the sack) and we are looking at them.”

Asked on the possible legal tussle that may arise following claims that about five out of the thirteen sacked VCs are yet to serve out their tenures before the unceremonious removal, the minister said the government was fully aware of such concerns.

“They have already written to us and we are looking at their complaints,” Adamu said.

Others include Professor Isaac Asuzu of Federal University, Oye-Ekiti, Ekiti State and Prof. Vincent Tenebe of the National Open University of Nigeria (NOUN).

It would be recalled that various condemnations have trailed the sack of the Vice Chancellors, with stakeholders raising concerns on non-consultation with the institutions governing councils, violation of the rule guiding the tenure of VCs as well as the breach of the federal character principle in appointing replacement for the sacked VCs. - Authority.