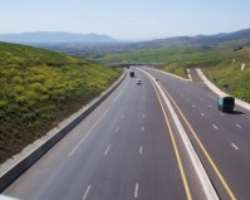 A former top government official, among those shown the way out of their offices on Monday by the Federal Government, is facing more trouble, over alleged malpractices. The official, who headed a bank was said to have run into trouble for withdrawing the sum of N1 billion in the build-up to the 2015 election and paying same to the Peoples Democratic Party, PDP, to aid its presidential campaign.

A top source in the bank told Vanguard, Wednesday, that although the money was withdrawn in Naira, it was, thereafter, changed into US Dollars and given to a senior official of the party. Insiders hinted, last night, that about 40 per cent of the amount said to have been withdrawn and paid to the PDP in order to impress the former President was, however, shared by some top officials of the bank with the knowledge of the sacked boss.

Top on the list of offences, which the sacked bank chief perpetrated while in office, is the demand for 10 per cent bribe of any amount to be approved for customers and other illegal sundry charges which discouraged potential businessmen from patronising the bank for development funds. The ex-bank boss is accused of using his exalted position to disburse huge funds running into billions of Naira to himself, friends and associates, thereby leaving the strategic federal financial institution in what insiders described as 'terrible shape'. One of the fronts he used to siphon money from the bank in the name of 'loans' was said to have been arrested by the EFCC for using one property situated at Jikwoyi, near Abuja, as 'collateral' for collecting over N2 billion from the bank.

The man was, however, released on bail but the trial is yet to be concluded. In one case, which is now being looked into by the Ministry of Finance, which supervises the financial institution, the sacked executive refused to approve a N1.5 billion loan requested by a popular farming association based in Lagos and Ogun states, despite the recommendation of the food-producing group by former President, Chief  Olusegun Obasanjo.

According to report now before the Ministry of Finance, the firm had approached the bank boss as early as 2012 and applied for a loan facility of N1.5 billion to enable it acquire more equipment and produce more for exports but the man insisted on taking 10 per cent bribe as a condition for listing the firm for discussion with other board members. After paying the initial N150 million as demanded by the bank boss, he then asked the farming group to bring another N150 million to be shared out to his other officials before releasing the loan to them. “We were forced to go and source for the balance of N150 million to pay the man only for us to be told that he had been sacked last Monday. “We have already lost N150 million, being 10 per cent of N1.5 billion as bribe to this man who was shown the way out of the bank last Monday.

All our documents for the loan are intact in the bank. “We have reported this matter to both the EFCC and the Minister of Finance who supervises the bank,” one of the farmers in the group told Vanguard in Abuja, on Wednesday.