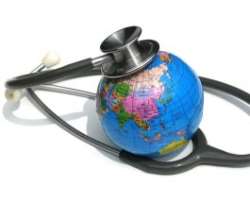 The Joint Health Sector Union (JOHESU) says it will commence an indefinite strike by 12 midnight Wednesday, February 17, 2016, if the Federal Government fails to meet members' demands.

The National President of the Medical and Health Workers Union who also doubled as JOHESU National Chairman, Mr Biobebelemoye Josiah, disclosed this in an interview with NAN on Wednesday in Abuja.

Josiah listed some of the workers demands to include improved working conditions, including the implementation of skipping of Grade Level 10.

According to him, JOHESU is asking for adjustment of the 2009 CONHESS salary table and allowances as was done for the Nigerian Medical Association (NMA) in January 2014.

He described the stance of the government to the demands as “provocative, insulting and unjust in the worst dimension in a democratic dispensation”.

Josiah lamented that members of the union were being subjected to discrimination and industrial marginalisation in the health sector in favour of NMA members.

On the issue of skipping of Grade level 10, he noted that rather than paying them the money government went ahead to pay medical doctors which he claimed were not entitle to such allowance by law.

According to him, JOHESU comprised more than 99 per cent of service delivery in the health system, noting that government failure to meet the demands would have negative impact on the country's healthcare delivery.

“JOHESU members and doctors are treated differently, even when it is not the right of doctors to earn specific pay they accord them the pay which is part of the problems we are passing through.

“This now brings disharmony because there is no fair administration of the health system which is part of the things that is causing disharmony and turbulence in the system, to avoid that the President should change such act,” he said.