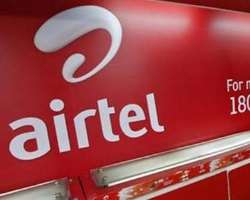 The adoption was announced yesterday, February 16th, 2016, in Kaduna when the company's Director of Communications & CSR, Emeka Oparah, paid a courtesy visit to the Honorable Commissioner for Education, Dr. Shehu Usman Adamu in his office.

According to Oparah, Airtel will adopt the school for an initial four-year period and will renovate the buildings, provide furniture, water borehole, modern toilet facilities, uniforms and books for the pupils and training for the teachers.

The key objective of the company's adoption of primary schools, Oparah explained, is to support the basic foundations of education and help in moulding the future leaders of our country Nigeria.

The Honorable Commissioner, Dr. Adamu, commended Airtel for the kind gesture, which he said was in line with the state government's objective of investing in and developing education as a fundamental platform for national development.

He promised to ensure that the teachers Airtel would train would not be posted out of the school so that the pupils and indeed the school would have the full benefit of the adoption.