“Nigerian” fraud used the Ukrainian political situation, the Syrian civil war, the election in Nigeria and the earthquake in Nepal to exploit the kindness and empathy of recipients 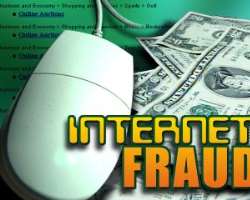 LAGOS, Nigeria, February 17, 2016/ -- According to the latest Kaspersky Lab Security Bulletin ( www.Kaspersky.co.za ), the volume of spam emails in 2015 decreased to 55.28% of overall email traffic – a fall of 11.48% on the previous year. The significant slump in spam emails can be attributed to the increasing popularity of legal advertising platforms on social networks, coupon clipping service and etc.

Among other trends identified in the Kaspersky Lab spam report are the following. Over three quarters (79%) of all emails sent were less than 2kb, which shows a steady decrease in email size for spam campaigns over the past few years. Financial institutions such as banks, payment systems and online shops were attacked most often with phishing emails (34.33%, a rise of 5.59%).

In 2015, cybercriminals continued to send out fake emails from mobile devices and notifications from mobile apps containing malware or advertising messages. New tactics included fraudsters spreading malware in the form of .apk (Android executive files) and .jar (ZIP archives containing a programme in Java). In addition, cybercriminals masked a mobile encryption Trojan behind a file containing updates for Flash Player. After launching, the malware encrypted images, documents and video files stored on the device with users receiving a message telling them to pay a fee in order to decrypt the files.

“The increased use of mobile devices in our everyday life to exchange messages and data, as well as access and control bank accounts, has also resulted in increased exploitation opportunities for cybercriminals. Mobile malware and fraudulent spam is becoming more popular and efforts to dupe victims are becoming more sophisticated year on year, with the emergence of apps that can be used by cybercriminals both directly (for sending out spam, including malicious spam) and indirectly (via phishing emails). Mobile device users therefore need to be on their guard and remain vigilant, as cybercriminal activities in this area are only likely to increase, along with our reliance on devices”, warns Daria Loseva, Spam Analysis Expert at Kaspersky Lab.

Hot spam topics of the year:
“Nigerian” fraud used the Ukrainian political situation, the Syrian civil war, the election in Nigeria and the earthquake in Nepal to exploit the kindness and empathy of recipients with believable email content. These emails contained content calling for material support for a person in need.

Although the Olympic games in Brazil has yet to take place, fraudsters have already started to exploit the event, sending emails announcing false lottery wins and asking the recipient to fill in a form with their personal details. In these attacks, emails with pdf attachments, pictures and other graphical elements were designed to fool the spam filters.