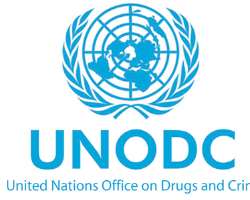 The UN Office on Drugs and Crime (UNODC) has donated 11 operational vehicles to the National Drug Law Enforcement Agency (NDLEA) and the National Agency for Food and Drug Administration and Control (NAFDAC).

Presenting the vehicles to the agencies on Tuesday in Abuja, Ms Cristina Albertin, the UNODC Country Representative, said the donation was under the European Union (EU) funded project in Nigeria.

She said UNODC was an implementing agency of the project; the gesture was to enhance operational efficiency of the two benefiting agencies.

The UNODC boss said the donation was in recognition of the fact that NAFDAC and the NDLEA were agencies created to deal with drug related problems in Nigeria.

"Within this EU funded project, an extensive assessment has taken place on the operational priority needs of the government of Nigeria in the fight against illicit drugs.

"The recommendation from the assessment report focused on NDLEA and NAFDAC because these two agencies have clear mandates to handle drug related issues in Nigeria.

"It is in recognition of the need for these agencies, particularly, the NDLEA to cover the entire country that these vehicles are provided," she said.

In his remark, Mr Richard Young, EU Deputy Country Representatives in Nigeria commended the UNODC for its efforts in implementing the project in Nigeria.

He said the EU partnership with the Nigerian Government was in recognition of the fact that drug trafficking was a threat to human security.

"We are partners because we are convinced that soft measure against drug abuse through information, prevention campaigns as well as treatment and rehabilitation of drug users are important.

"The EU had allocated 36 million Euros to support this project in Nigeria," he said.

Young said the objective of the project was to support policy formulation and improve drug legislation and coordination in the sector.

According to him, the project is also to improve law enforcement capacity in drug control and tackling drug related organized crimes.

In a related development, Lt. Col Muhammad Abdallah (rtd), Chairman of NDLEA commended the EU and the UNODC for deeming it necessary to support the operational needs of the NDLEA.

He said the NDLEA collaboration with EU and UNODC assumed new dimension historically in January 2013 with a national project tagged, "Responds to Drug and Related Organised Crimes Commence".

Abdullah said the project funded by the EU and implemented by the UNODC was designed to support Nigeria efforts in addressing drug related challenges through a multi-facet balanced approach.

The NDLEA chairman said the 10 vehicles donated to NDLEA would be judiciously utilised.

Similarly, Mrs Yetunde Oni, Director of Administration and Human Resources, NAFDAC said the vehicles would no doubt enhance the monitoring and surveillance activities of the benefiting agencies.

She said NAFDAC had over the years adopted a strategy of collaboration to enhance the realisation of its mandate.

NAN reports that 10 of the vehicles were donated to NDLEA while one was given to NAFDAC. (NAN)