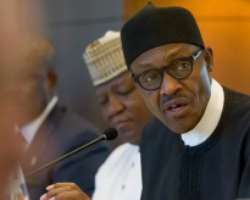 The Federal Government has said the recent spate of attacks by Boko Haram is not an indication of any resurgence by Boko Haram, insisting that the terrorist group remains largely decimated, dispersed and disoriented.

Speaking at a press conference in Abuja on Tuesday , the Minister of Information and Culture, Alhaji Lai Mohammed, said anyone who is conversant with the ebb and flow of insurgency will not be surprised by the attacks.

”During the immediate period after an insurgency has been degraded, the fact that terrorists are dispersed into the community is often followed by an upsurge of terror attacks in the form of suicide bombing and sabotage of critical facilities.

”Activities during these period are often carried out within population and against soft targets or vulnerable groups. There is often apprehension in the community that terrorism is getting worse, even though, in reality, insurgency has been weakened as a cohesive terror force. This is the current phase of insurgency in the country,” he said.

While strongly condemning the attacks and commiserating with the families of those who were killed, Alhaji Mohammed appealed for caution in the comments being made over the attacks so as not to inadvertently provide succour for Boko Haram, which thrives on propaganda.

”Many commentators have latched on to these attacks to infer a resurgence of Boko Haram, while some have even made outrageous statements regarding the territories controlled by Boko Haram. Fortunately, no less a personality than the President, strongly backed by the Governors of Borno and Yobe, has debunked such unsubstantiated claims.

”Gentlemen, there is no resurgence of Boko Haram. The terrorists remain massively degraded and largely defeated. The recent string of attacks is not an indication that Boko Haram is bouncing back,” he said.

The Minister also insisted that Nigerians owe the military total support in its ongoing battle to consolidate the great achievements it has recorded in the fight against Boko Haram.

”We want to appeal to all not to say or do anything that will demoralize our gallant men and women in uniform, who are daily fighting – and sometimes paying the supreme price – so that we can all be safe. Having travelled to the theatre of operations myself, I have seen the huge sacrifices of our military. They deserve nothing but our undiluted support. This is the best form of appreciation we can show them at this time. Anything else is counter-productive. Commendation, not condemnation. Support, not second guessing. That’s what we owe the gallant troops,” he said.

On what the government is doing to end the spate of attacks, especially against highly-vulnerable communities, Alhaji Mohammed said appropriate measures, in line with global best practices, were being taken to ensure an effective response.

”These include the strengthening of intelligence and security, especially in the affected communities, and the stepping up of the reconstruction, rehabilitation and resettlement efforts.

”While these efforts are going on, the government enjoins members of the public to be vigilant; security conscious, and to cooperate with security agencies by providing information on suspicious and strange objects, activities and persons in their communities. By doing these, we will be denying terrorists a safe haven and the opportunity to carry out their atrocities,” he said.

The Minister reiterated the efforts made by the Administration, in the past nine months, to effectively tackle Boko Haram, saying: ”The Administration has succeeded in galvanizing our neighbouring countries and the global community, including major powers, towards the defeat of insurgency and the reconstruction and rehabilitation of the communities and population most affected by terrorism.

”Boko Haram has been dislodged from their occupied territories; thousands of their captives have been set free; their capacity to operate as a troop moving in convoy of vehicles and motor cycles to launch attacks on communities and military formations has been neutralized. In essence, the insurgents have been effectively denied territory or sanctuary and are now in disarray. Scattered, demoralized and hungry, they have resorted to terror tactics available to a degraded and defeated insurgent group. The fact that they operate in a few local governments does not equate to holding and controlling territories. We must make that distinction.”