Despite Early Warnings To Security Agencies, The Killing Of APC Members Has Resumed In ONELGA 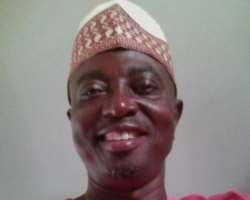 After diligent investigations, the Rivers State Chapter of All Progressives Congress [APC] can authoritatively reveal that massive killing of members of the APC in Ogba/Egbema/Ndoni Local Government Area [ONELGA] has resumed while the Nigeria Police has woefully failed to provide security for the people of the area.

Last Friday night, suspected members of the Icelanderscult group invaded Omoku and environs where they picked on selected houses of APC members and murdered some of the occupants. By the last count, 26 persons were shot dead and some beheaded. Eyewitness accounts revealed that the attack lasted from early evening up till 10pm and despite calls to the Police for help, there was no response until the killers finished their dastardly mission and left with some of the heads of those they killed.

The APC notes that a few hours later, the Rivers State Police Command came out with a statement blaming the killings on a fight between rival cult groups. This is the most bizarre statement to come out of the Police because they have not, to this moment, named the suspected cult groups. We make bold to ask the Police, what are the names of the suspected cult groups and their kingpins? How did the Police arrive at their conclusion? Why was the Police unable to respond to SOS calls by victims and neighbours for the over 5 hours the killings took place on different streets of Omoku?

We are convinced beyond doubt that the Rivers State Police Command has resorted to a policy of drawing hasty conclusions for the purpose of either hiding their incompetence or protecting the interests of sponsors of the killers or both.

The APC recalls that not too long ago, the party petitioned the President, IGP, Minister of the Interior and others, alerting them of the threat to lives of the people of ONELGA. We are also aware that groups in neighbouring Ahoada East and Ahoada West LGAs have also petitioned relevant authorities with detailed information on the victims of the spate of recent killings in their LGAs and the suspects. Sadly, there appears to be no response on the part of the Police and others to take necessary investigative action at least to unveil and prosecute those behind the killings in order to avert future occurrence.

On January 14, 2016 the Rivers State Chapter of the APC, in a press statement, warned of a plan to commence the killing of APC members in ONELGA. Our evidence was that following security operations carried out by the military on 11/1/2016 at the house of one Igwe Ejima Dibia alias DON WANNIE at Aligu village in ONELGA, members of Icelandercult group and their PDP collaborators held a meeting at about 2300hrs at Obohia in Omoku and concluded that prominent members of the APC will be eliminated irrespective of whether they live in ONELGA or Port Harcourt and other locations in the State as long as they are of ONELGA origin. They alleged that it is the prominent leaders of APC of the LGA that masterminded the raid by the military and the alleged destruction of Don Wannie’s house.

In that press statement, the APC warned: “We call on relevant authorities to take the threat on the life of our members of ONELGA origin and elsewhere very seriously and do the needful to protect the lives and properties of everyone within and outside of ONELGA. We emphasise that given the antecedents of the Icelander cult group and their PDPallies, they are very capable of carrying out their heinous threat especially in ONELGA.”

In less than 24 hours of that warning, an APC Ward 6 Chairman [Mr. Owotor] was shot dead on his street by gunmen. To date, the Police are yet to make public the outcome of their investigation on the killing.

The APC calls on the President of the Federal Republic of Nigeria to come to the rescue of the people of ONELGA as the primary purpose of government anywhere in the world is the protection of lives and property of the citizens. We do not hesitate to call for the instant sack of the leadership of any security agency that fails to help the government carry out this primary and all-important responsibility of protecting lives and property of the people. We also call on the Presidency, Minister of the Interior, Service Chiefs, the Inspector-General of Police and all those who have been petitioned over the insecurity in Rivers State especially in ONELGA, Ahoada East, Ahoada West and Abua/Odual LGAs axis to take urgent steps to stem the ongoing unrestrained killings that have turned the State into a shameful killing field.