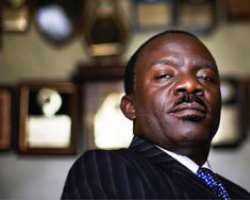 Lagos lawyer, Mr. Femi Falana (SAN), has said he would  commence legal proceedings against the Federal Government should it fail to recover loans, royalties, levies and other recoverable revenues amounting to $66.5 billion.

Falana in a letter dated to the Finance Minister Mrs. Kemi Adeosun dated February 12, 2016    threatened to file the suit against the Federal Government not later than February 29.

The Lagos lawyer’s threat was  due to failure of the minister to respond to his initial letter of February 5, 2016 .

In the latest letter, Falana said, “When Nigeria paid a whopping sum of $12.4 billion to exit the London/Paris Club in 2005, the Federal Government assured the Nigerian people that the $2.1 billion falling due annually in Paris Club debt service would be made available to fund critical priority sectors such as education, health, etc and stimulate the economy. Not only have the critical sectors been neglected, the Federal Government has further plunged the country into indebtedness.

“Notwithstanding that Nigeria is currently indebted to the tune of $64  billion, we have confirmed that the Federal Government has decided to apply for a loan of $2.5 billion from the World Bank and $1 billion from the African Development Bank for the purpose of financing the 2016 budget. Having regard to the fact that the International Monetary Fund, IMF, whose endorsement is required for the World Bank loan of $2.5 billion, will insist that certain unpalatable conditionalities be imposed on the people of Nigeria, we urge the Federal Government to jettison the plan to take the loan.

“In so urging the Federal Government to desist from taking the loan or any loan whatsoever we are compelled to call on the Buhari administration to embark on the immediate recovery of outstanding loans and accrued revenues payable to the Federation Account. From the information at our disposal, the Federal Government is owed not less than $66.5 billion which ought to be recovered without any further delay.

“If you require more information in respect of this matter you may wish to contact your colleague, Mrs Zainab Ahmed, the Minister of State for Budget and National Planning. “In her capacity as the immediate past Executive Secretary of NEITI she had called on the Federal Government to recover the said sum of $20.2 billion. On October 4, 2006, the Central Bank of Nigeria apportioned $7 billion to 14 Nigerian banks to 'manage' out of the nation's external reserves, which stood at $38.07 billion, as at the end of July 2006.

“The amount involved represented 18.39 per cent of the total external reserves at the material time. In addition, following the crisis of global capitalism, which occurred in 2008, the Central Bank of Nigeria gave a bailout of $4 billion (N600 billion) to the commercial banks in the country. The CBN has not deemed it fit to ask for the refund of the total sum of $11 billion injected into the banking system in the space of two years.

“On September 6, 2015, the Presidency announced that the  management of the NNPC had commenced the process of recovering of the sum of $9.6 billion in over deducted tax benefits from joint venture partners on major capital projects and the legacy OPA/SWAP oil contracts. (Premium times, September 6, 2015). ''A  fortnight ago, Mr. Abubakar Malami SAN,  the  Attorney-General of the Federation  and Minister of Justice  disclosed that the Federal  Government had concluded arrangements to recover an  additional $750 million from the “Abacha loot”. (Vanguard January 27,  2016).

''In the ongoing Senate Probe into the affairs of the Asset Management Corporation of Nigeria (AMCON) it has been revealed that the corporation  had accumulated over $25 billion ( about N5   trillion) debts as against its Act which put the debt ceiling at N800 billion. (Nigerian Tribune, January 25, 2016). According to Mr. Ahmed Kuru,  the Managing Director of AMCON, “most of the debtors of AMCON are big men who fly in private jets, live in big mansions and they have taken money and they are not paying back.”

''From the foregoing, you will agree with us that the hapless Nigerian people should not be made to pay for the gross mismanagement of the national economy by the Federal Government and the profligacy of the pampered members of the ruling class. Instead of taking a  loan of $2.5 billion  with dangerous conditionalities  from the World Bank the Federal Government should recover  the aforesaid loans and revenues of not less than  $66.5  billion with the assistance of the anti graft agencies. While  acknowledging the concerted efforts to recover the looted wealth of the nation through the anti-graft agencies and the Arms Procurement Panel, the Buhari Administration should  embark on the immediate recovery of  the aforesaid loans and accrued  revenues, with a view to financing the 2016 budget and the infrastructural development of the nation.”