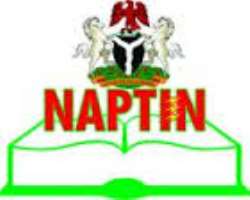 The National Agency for the Prohibition of Trafficking in Person and other Related Matters (NAPTIP) has stated that it was winning the war against human trafficking and other offences that violated human rights. The agency made this known during an interview with the NIGERIAN VOICE in Kano.

According to a senior staff at the agency’s Public Awareness Department, Mr. Aminu Muhammad Shira, it had recorded a tremendous achievement in the year 2015 as the rate of the crime both trafficking and violence against children in the state had been drastically reduced to the barest minimum, as a result of dedication and commitment on the part of the staffs towards combating the crime.

Shira said that the agency had embarked on a rigorous public awareness campaign in all the 44 local government areas of the state where parents, district heads, religious leaders, as well as every other stakeholders were enlightened on the dangers of releasing children to some persons in the city as house helps were they end up being maltreated or forced into prostitution, avoid falling into the traps of those who promise them heaven if they follow them abroad especially Arab countries.