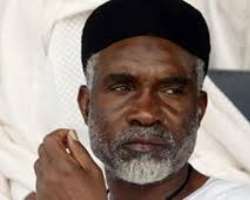 The five Judges led by Justice Jumai Hannatu Sankey in a unanimous judgment, described Nyako's impeachment as a high level of impunity, recklessness, rascality and a constituted gross of legislative powers by the Adamawa State House of Assembly.

The judges condemned in unequivocal terms the gross abuse of the legislative powers by the lawmakers to achieve orchestrated, premeditated and selfish motives.

They insisted that the impeachment of the former governor was a misuse of the powers and privileges of the legislature and declaring the impeachment as null, void and of no effect.

In his judgment,Justice Tunde Awotoye noted that the respondents took laws into their hands as they flagrantly abused the constitution of the Federal Republic of Nigeria to meet their whimsical and selfish desires.

In a similar stance, Justice Jumai Hannatu Sankey in her lead judgment noted that the court as the last arbiter would not fold its arms and watch impunity being entrenched in the country.

She noted that the decison of the House of Assembly to ignore the constitutional provision of personal service of impeachment notice on the former governor was a misnomer to the constitution which must be uprooted.

The court ordered that Nyako be accorded all rights of the office of the governor of Adamawa State throughout his legally recognized period in office but struck out the appeal of Nyako to be returned as governor of the state, as according to the court, the tenure of Nyako as governor had elapsed.