Mourinho talks: United would have told me, says Van Gaal 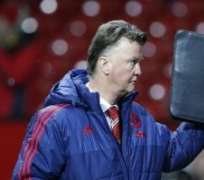 Manchester United manager Louis van Gaal said it is unlikely that the club have spoken to Jose Mourinho about replacing him.

Mourinho, who was sacked by Chelsea in December, has been heavily tipped to take over from Van Gaal by British media in recent weeks but the Dutch coach said he had heard nothing of the sort from United executive vice-chairman Ed Woodward and the Old Trafford board.

“I can only say that I have spoken with Ed Woodward and I cannot imagine that they have spoken with each other. I think that if they speak with another manager, they would tell me because our relationship is like that,” Van Gaal told The Independent.

“I not only have a strong relationship with Ed, but also with the Glazers. And that is why I am annoyed with all the publicity. I have been ‘sacked’ three times and now it is about negotiations starting with Mourinho.”

United, who are fifth in the Premier League, travel to face second-from-bottom Sunderland on Saturday