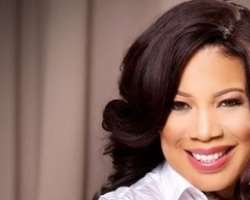 During the week, Nollywoodgists.com had reported that Monalisa Chinda was all ready to give marriage a second trial.

From what we further gathered, the light-complexioned screen diva is marrying a man named Tonye Victor, from Bonny who stays in Port Harcourt. Their marriage introduction took place in the evening of yesterday, Friday, February 12, 2016, a?t Elelenwo Port Harcourt.

Only few friends and family members of Monalisa Chinda made it to her father's compound for the introduction.

Their traditional wedding will also hold in few weeks time, before the end of February.