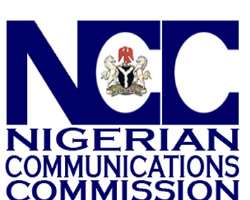 Prof. Umar Danbatta, the Executive Vice Chairman of the Nigerian Communications Commissions, on Friday said the Commission would sanction telecommunication operators who defraud Nigerians through dropped-calls.

Danbatta said this during a meeting with journalist from the North West, North Central and FCT in Kano, where he presented the Commission’s eight-point agenda.

According to him, dropped-call rate is the fraction of the telephone calls which due to technical reasons are cut off before the speaking parties finish their conversation.

This, he said, were being used by some telecom providers to deduct money from phone users as the fraction was usually measured as a percentage of all calls.

He said the Commission had put in place mechanisms to ensure regulatory excellence and operational efficiency to maintain commitment to transparency.

Danbatta explained that part of the measures was for the NCC to monitor calls, adding that any call that was not a dropped-call and was charged would be detected and the telecom provider sanctioned.

He added: “There is a limit to which a call can be dropped.

“We have put in place parametres to monitor what is happening, especially as regards drop calls.

“This will locate the operator to ensure that they maintain standards.

“When these parametres are analysed, we will be able to detect the drop calls from service providers and the operator’s attention will be drawn to enable it to address the problem.

“If we do not notice any sign of improvement on dropped call rates, then we will sanction erring operators.”

The NCC boss said operators should know that they were being monitored by NCC and that the day of reckoning when their activities would be made public was around the corner.

Danbatta, however, assured the public that the issue of monitoring the cognitive performance indicators was key to NCC, adding that consumers’ right would be protected.

He said erring operators would be identified and necessary regulatory action would be taken in order to improve the quality of service to Nigerians.

He urged Nigerians to utilise the Commission’s 622 call number to send their complaints for the purpose of resolving them.

He reiterated the Commission’s resolve to continue to promote and empower consumers from unfair practices through the availability of information and education required to make informed choices in the use of ICT services.

Danbatta further said that the Commission was working on ways to improve data access in the country, even though the facility to support the project was not adequate yet.

He said: “We are working on plans to improve data access in Nigeria and it is captured in the eight-point agenda of the Commission.”

This, he said, would ensure that at least services were available, accessible and affordable to consumers.

He expressed the hope that access to the Internet would be free in Nigeria in the nearest future.