Imo And The Cult Of Politicians Against Athan Achonu 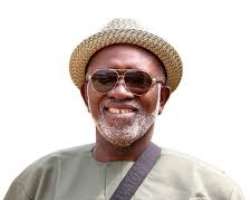 Although, he believes that in any intellectual debate, there is a

(Ikemba), the Okigwe Senatorial candidate on the platform of the

Peoples Democratic Party (PDP).
Those that have been following my
articles would know that the last time I wrote on anything Imo State,

was in 2007. That was when the now Governor Anayo Okorocha of Imo

State scheduled for the PDP chairmanship contest. I endorsed

Okorocha’s contention through an article I wrote solely for the

contest. I was latercalled on phone by one of his aides, Uche.

Aftermath, I saw Uche in Abuja in March2010 (three years after), when

I attended a programme. Uche introduced the now Deputy Governor of

Imo State, Prince Madumere, to me. Uche was not the much-talking

person; he looked mien. But I saw Madumere as an orator and well

composed, when he talked to us. Madumere was a modest man in his

that meeting, like we know, I learned that Uche joined the government

of Okorocha when the later was elected governor. As human being would

always be human being, I evaluated keeping the relationship with

Uche,but he disconnected away and we did not make friends. For

Madumere, I only know him now as Deputy Governor of Imo State. For

Okorocha, he is one man I love till date without him knowing (just the

out from Imo State, of how Okorocha has purportedly fallen short of

the expectations by the people. I hear people crying that he has

Imo people. Hence, I beseech him to look into what the people are

needed. While I digressed abit above, I was spurred to write this

voice, politically. That was on February 8 2016. We talked at length

This person is from the Okigwe senatorial zone of the state. He told

me that even though he is not in Achonu’s camp, there is a cult of

politicians that are against his aspiration of becoming senator of the

winner was botched in the court. The writer in me snooped more to find

out why the cult of politicians are against Achonu. I’ve not heard

about the man called Nneji Attan Achonu before till our discussion.

(APC); and they are doing everything and anything possible to

humiliate Achonu with the view that he is not loyal to them. Two

persons mentioned in this cult of politicians, were said to come from

Umueze 1 and Ishiebu in Mbano, respectively. And they are working

clockwise to ‘deliver’ a perceived strong rival to Achonu who comes

hearing this! I went to research on Achonu and my findings did not

disappoint. In the 2014 pre-2015 election campaign, Achonu seemed to

anywhere he went to that he wanted to go to the Senate in 2015,

because the structural shortcomings in the polity compelled his

evaluation to represent his people in the Upper Chamber of the

National Assembly. I found out that Achonu is not a loafer; he is

being characterized as a foremost businessman and philanthropist and a

man at home with his Okigwe people. At least, members of Okigwe Zonal

treat at his residence in Abuja. Unlike some persons who do not have

any agenda other than to be seen at the Senate, Chief Athan Nneji

Italy, had made it known that his going to the senate would be to

assuage the suffering of the people. In the March 282015 Senatorial

elections he was described as “the Lest among the candidates aspiring

to represent the zone in the red chambers of the National Assembly.”

Whatever that means by Imo political observers. But for one Chief Dan

Onwu, who was described as a pharmacist and frontline political leader

against Achonu.
Onwu was quoted tohave made this disclosure during a

compose Okigwe Senatorial Zone. It is evidence that Achonu is loved by

presence sends jitters to. I learnt that Achonu has records of

people-oriented colossal achievements that are celebrated and

irrefutable in Imo State.
I found out that in Okigwe zone alone, he
had donated over 200 tricycles to people that he didn’t have a

relationship with. Immeasurable numbers of Imo students are in school

today, courtesy Achonu. While a said cult ofpoliticians in the state

are after Achonu, he stands a better chance to cripple them

politically as ‘One Arm General” he is passionately called by his

followers.
Odimegwu Onwumere is a Poet/Writer; he writes from Rivers