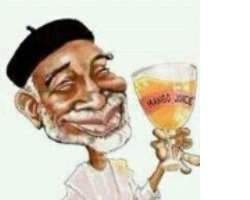 At this time I do not think there is any politician who is feeling fulfilled and vindicated like former Governor Nyako of Adamawa State going by the ruling of the Court of Appeal sitting in Yola, Adamawa.This is indeed Nyako’s finest hours as a politician.

Nyako has since his illegal impeachment by the Fintiri led Adamawa State House of Assembly insisted that his impeachment was nothing but a political witch hunt and persecution by the President Jonathan administration after he(Nyako) boldly and categorically accused him of complicity in the Boko Haram insurgency in the North East.

That administration was so desperate to get Nyako out of the way that it dipped its hands into the coffers of the funds set aside for the rehabilitation of the IDPs in the region running into millions of dollars.

Nyakohad approached the court to challenge this unconstitutional and insensitive move by the House of Assembly of Adamawa State and the High Court struck out his case for abuse of court process. Nyako feeling unsatisfied with the ruling appealed the judgment and today victory is his after the Appeal Court reversed his impeachment as Governor of Adamawa State.

The court agreed that Nyako was not given fair hearing in the impeachment proceedings and declared all the process that led to his impeachment null and void. The court criticized the impunity and arrogance of the Adamawa House of Assembly and some politicians in setting up a panel to investigate Nyako despite a court order against such move.

Every individual involved in this selfish move against the Adamawa people and distorted the peace and progress they were enjoying under Nyako is today either politically irrelevant or grappling to stay afloat in life. Nemesis if you wish to call it. Whether Nyako chooses to go up to the Supreme Court to push further to be returned as Governor to finish the remaining part of his tenure is up to him to decide.

For his political future I believe Nyako deserves every bit of compensation from the APC. A party he was pivotal and instrumental in its formation and a major player in ensuring that the five PDP governors whose entrance into the APC gave it victory at the polls decamped along with him.

Nyako at this point needs to be the rallying point for the APC. The party needs a man who does not care whose ox is gored when it comes to voicing out the truth in defence of the common Nigerian. Also at a time when oil prices are their lowest ebb and still declining and the need for an alternative and more sustainable source of revenue which is in agriculture.

There is no better person than Vice Admiral MurtalaNyako whose experience as a farmer is second to none in this country. A man like him is the much driving force needed urgently to turn around our fortunes around economically. The only way that is achievable is offering him the Chairman of the APC Board of Trustees. A position he can use to influence policy thrusts of the APC to be geared towards agriculture so to get us out of this economic quagmire we have found ourselves as a nation.