By Centre For Creative Leadership Africa 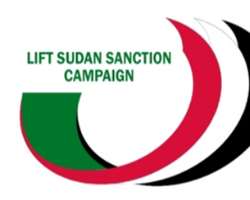 On November 1997, the America Administration imposed economic sanctions against Sudan under non-substantiated claim, that, the country’s policies “impose unusual and extra ordinary threat to the national security and foreign policies of the United States”.

Ever since, the US Administration used all sorts of pretexts and justifications to renew the sanctions. Today, the sanctions remain in place despite the fact that the Sudan has resolved the conflict in South Sudan which was initially cited by Washington as a reason behind the sanctions.

According to doctors and scientists in Khartoum, the sanctions have isolated the country’s biomedical sector and negatively impacted health-care provision in general and the whole country has been deprived of access to high-quality medical technology and pharmaceuticals through no fault of theirs.

In accordance with amendment introduced by the US Administration lately, food, medicine, and humanitarian assistance are all theoretically exempted, but obtaining sanctions waivers can be onerous. Even when they are granted, many organizations, decline the transactions regardless. If they make a mistake in interpreting the complex web of laws stemming from the sanctions, they can face severe punishments.

When the trade embargo was first introduced, it blocked a number of products, including basic technology that is used by most productive sectors. An omission has been made, however, for Gum Arabic . Gum Arabic is an essential ingredient to all soft drinks, several medicines, and cosmetic products among others. The Sudan is the world’s largest producer, with 70-80 percent of global production.

The real reasons for these sanctions are strictly political and unfortunately a wide portion of the people suffers from this.

The embargoes also make it difficult for Sudanese academics to access vital bodies of scholarship. Immaculate office at the Sudan University of Science and Technology in Khartoum, for example, complains that the university cannot buy subscriptions to scientific journals or even books online through Amazon.

The US sanctions are punishing a new generation of Sudanese civilians, with half the population aged under18. The sanctions have contributed to under-development and poverty.

It is our view that internationally agreed UN sanctions could sometimes help in resolving conflicts and disputes. However, that many of the consequences facing Sudan today stemmed from the imposition of unilateral and comprehensive sanctions from the US, which are totally illegal, illegitimate and inhumane.

At the recently ended African Union (AU) summit in Adisa Ababa, the AU has called for the lifting of the unilateral sanctions on Sudan, pointing out that these sanctions are incompatible with all international laws and norms.

We are therefore calling on the United States to end their unilateral comprehensive sanctions against Sudan. The sanctions have had a terrible effect on the daily lives of Sudanese and that sanctions should be lifted now.

The CAMPAIGN is also calling on the UN Security Council not to remain divided over the wisdom and effectiveness of sanctions against Sudan, but to put pressure on US to lift the sanctions now.