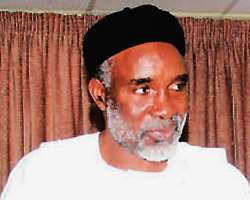 A Court of Appeal sitting in Yola has today In a suit no CA/YL/29/15 cleared the former Governor Murtala Nyako of Adamawa state from all impeachment offences saying that the impeachment was premised on impunity, recklessness, rascality and constituted a gross abuse of legislative powers.

The penal of five judges presided by Justice Jummai Hannatu Sankey unanimously condemned in its totality the gross abuse of legislative powers by the Adamawa State House of assembly to achieve a premeditated and selfish agenda.

Governor Nyako was impeached by the Adamawa state house of Assembly on Tuesday 16th July, 2014 following allegations of gross misconduct leveled against him by the house of assembly prompting him to go to court to seek the enforcement of his fundamental human rights as he said the impeachment was carried out without recourse to rule of law.

The Judges in their various submission and contributions unanimously agreed that the impeachment of the governor was a misuse of the powers and privileges of the legislatures describing it "null, void and of no effect".

In the lead judgment read by Justice Tunde Ayotoye all the judges agreed that the Appeallent was not given fear hearing in the hearing of the impeachment claim against .

Justice Tunde Ayotoye while reading his contribution noted that the respondents took laws into their hands as they flagrantly abuse the constitution of the Federal Republic of Nigeria to meet their whimsical and selfish desires.

While Delivering her judgement, Justice Hannatu Sankey noted that the court as the last resort to Justice will not fold its arms and watch impunity being entrenched in the country.

She noted that the failure of the house of assembly to ignore the constitutional provision of personal service of impeachment notice on the former governor was a misnomer to the constitution which must be uprooted.

The court ordered that Nyako be accorded all rights of the office of the governor of Adamawa state throughout his legally recognized period in office even as the court struck out the appeal of Nyako to be returned as governor of the state as according to the Judges the tenure of Nyako as governor has elapsed .

The court condemned in strong terms the arrogance of the lawmakers and some politicians who flagrantly refused to obey court orders stopping them from going ahead with the impeachment process despite the order of the high court in Adamawa state stopping the move to set up a panel to investigate the governor.

Tho court however, struck out the appeal of Nyako to be returned as governor of the state as according to the Judges the tenure as governor has elapsed .

The court also condemns the arrogance of the 1st respondent and some politicians despite the order of the high court in Adamawa state stopping the move to set up a panel to investigate the governor.

The Court hear by set aside the judgment of the lower court on the impeachment of Murtala Nyako.

Counsel to Former Governor, Modibbo M. Bakari described Nyako to have now served the state meriteously and Honourably free from all forms of Impeachments offences from the date that was sworn-in as a Governor to the date he was illegally impeached.

He also said that Umaru Fintiri and Bala Ngilari tenure as Governor of the state were considered as the detectors Governors, by the provisions of constitution and today's judgement their service was assumed to have not taken place at all.