Why I Don't Flaunt My Family On Social Media- Comedian Gordons 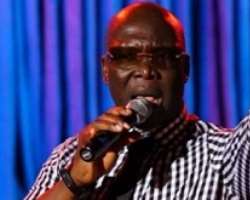 Since he crossed to comedy and became a household name, Godwin Komone aka Gordons is one of the best rib-crackers Nigeria has produced.

One thing fans of comedian Gordons don't know is about his family; wife and kids. While some other celebrities find joy in fulfillment in always flaunting theirs, Gordons sees that as a no-go-area and often dodges press questions relating to that.

In a recent chat with the self styled comedy ?Berlusconi ?hinted that home is his resting place thus wouldn't want any harm or hazards of showbiz life to trail him back there.

"I know the kind of industry I found myself in, nobody is safe from attack and I wouldn't want anybody to say anything bad about my family. To me, home is a resting place and I have to preserve them from any public harm. I live two kinds of lives; at home I'm Godwin while in the public eyes i'm comedian Gordons. I need my home to be peaceful." he said.