There Is Something For Everyone This Week On DStv 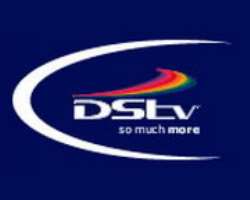 ITV
Seven Days with…. (Season 2):Lights, Camera, Action!Part documentary, part reality show, Seven Days With... is back. The show will follow different celebritycouples, revealing the real relationships behind the public façade. With unique access totheir domestic lives, the programme shows how the couples cope with loss of privacy and obsessive fans. Seven DaysWith... goes behind the headlines to reveal the unique pressures and emotional turmoilthat fame can bring. Tune in Fridays starting 5th February7pm

Telemundo
Under The Same Sky (New Telenovela): Under The Same Skytells the story of Carlos Martinez, a Mexican man that lives in the US but has no legal status in the city of Los Angeles, California. He is an honourable man who lives in fear of being deported and of losing his sons Luis and Rodrigo. As a results Carlos tried hard to keep his young son Luis away from the dangers that are always present in this city. In his desperate effort to protect him he meets Adela, a gang member who not only tries to take his truck and ends up stealing his heart. Catch the Premiere on Monday 8 February at 4:10pm

CBS Drama
Loving Leah:When 26-year-old Leah’s Jewish husband passes away, she finds herself in a dilemma: marry her late husband’s brother as traditionally done in the Jewish community or agree to her mother’s arranged marriage? This love story develops as the two agree to take part in an unconventional, yet, convenient marriage. Tune in on Sunday 14 February at 12:05pm

Alabama Love Story:A kidnapping leads to love for a down-on-his-luck cowboy in this romantic comedy drama. When former rodeo rider Roper Wylie hits rock bottom, he schemes to kidnap wealthy Alabama socialite Goodie Blankenship. As the kidnapper and the jilted wife begin to sympathize with one another, love blossoms and fuels their hunger for revenge on Goodie’s uncaring husband.Tune in on Sunday 14 February at 1:45pm

One True Love:Inspired by a true story, One True Love, is a poignant romance between two strangers who meet at the site of a serious accident and in one life-altering moment, fall in love. Dana Boyer and Kevin Grant are passionate, fun-loving adults who meet when Kevin rescues Dana from a burning car. To complicate matters, Kevin is engaged and Dana is set to marry Phil her fiancé.Tune in on Sunday 14 February at 3:35pm

Cartoon Network
The Love Bug:Love is in the air on Cartoon Network this Valentine’s Day! This special stunt will air the most romantic episodes of your favorite show, including Adventure Time, We Bare Bears, Regular Show and Clarence to name a few. Between Finn and Flame Princess’ tumultuous relationship or Panda’s quest for love despite his brothers getting in the way, let’s just hope that everyone ends up living happily ever after! Celebrate budding love and epic romance this Valentine’s Day on Sunday14 February at 1:10pm

Zee World
Fear Files:"Fear Files" brings to life the real stories of people who have lived through paranormal experiences that defy explanation. The series uncovers the truth behind some of the most compelling and mystifying occurrences that have taken place around India.The show is a re-enactment of real incidents in an attempt to dispel the hoaxes from the real and possibly unexplainable. Tune in Every Saturday at 8pm

TLC Entertainment – OWN
Where Are They Now? Debbie Allen: Debbie Allen says that as a child, Houston's racial divide in the 50’s and 60’s prevented her from going to her first-choice dance school. Then, after years of applying, 13-year-old Debbie was finally accepted to the Houston Ballet Foundation. Watch as she shares how these experiences made her stronger and pushed her to become the dancer she is today. On Sunday 14 February at 7:55pm

Belief - A Good Life: Explore how beliefs help us face the fear of death and the mystery of what happens after we die. In this episode, witness how death can also be a powerful call to action, compelling us to embrace life and those we love. On Sunday, 14 February at 7pm

BET
Instant Mom: Stephanie is a former party girl who trades in her cocktails for carpools when she instantly adds three children to her life by marrying their father, Charlie. Needless to say, she struggles to find a balance between her fun-loving and slightly irresponsible lifestyle with being a full-time stepmother. Mondays to Fridays 6pm

Zoe Ever After: The show stars Brandy as Zoe Moon, a newly single mom stepping out of the shadow of her famous boxer ex-husband Gemini Moon (Dorian Missick) while trying to balance dating, motherhood, a complicated relationship with her ex and finally fulfilling her career dream of starting a cosmetics company. Wednesdays 8:05pm